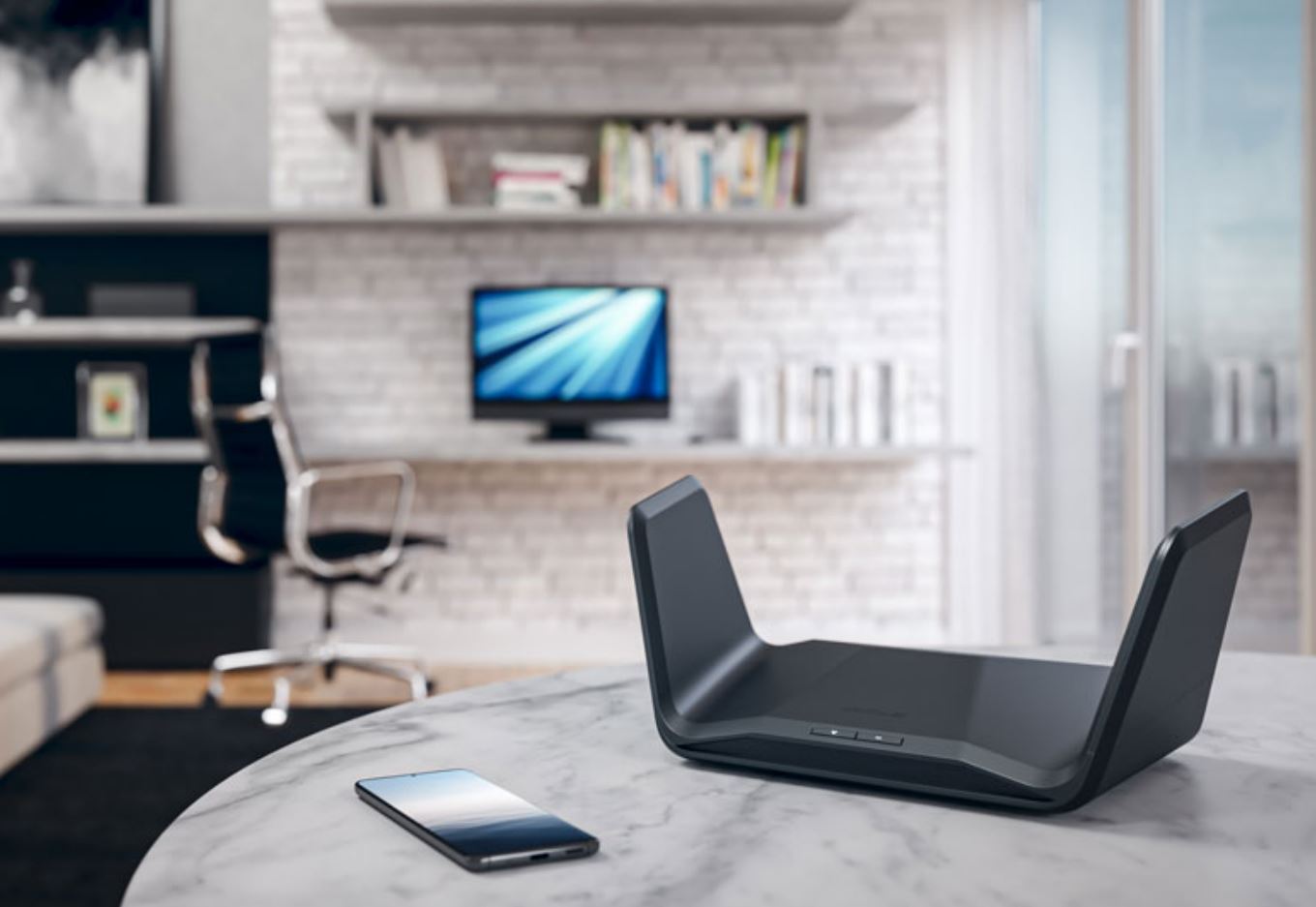 It has one Gigabit and one 2.5Gbit Internet (or LAN 5 connection) and five gigabit Ethernet ports. All Wi-Fi has a physical signal limit of between 10-15m in a circular pattern (20-30m diameter), but the Nighthawk six antenna system (8 on RAXE500) holds the signal strength further. It is suitable for 200m2 homes and up to 40 active devices (350m2 and 60 active devices on RAXE500).

The Quad-band is 2.4Ghz (120Mbps), 2 x 5GHz (2400Mps each but one is for dedicated backhaul to the router) and 1 x 6GHz (4800Mbps) for 6E client devices. The maximum satellite to router speed is 2400Mpbs full-duplex limited by the backhaul unless you use a dedicated gigabit or 2.5Gbps Ethernet cable backhaul.

These are particularly effective when using Ethernet backhaul in multi-level homes.

Like the 6E Nighthawk, these have all the smarts like MU-MIMO, LAN and WAN ports, Voice assistant, parental controls, guest network, and optional Netgear Armour Bitdefender AV and data protection.

Designed for Orbi 750 and 850 series (no mention of 960 series), the annual $49 subscription-based service reduces ping by up to 93% with Game Booster’s custom Geo-Filters and Ping Heatmap. Block laggy servers and make sure you always have the best possible connections for your favourite games.

It also creates a Quality of Service (QoS) lane for a gamer and gives network priority. You can also set QoS for media, streaming, cloud, web and more to ensure a reasonable response from these apps.

Ping Heatmap analyses ping for servers from your preferred games, create a ping schedule for them and see servers’ historical data to strategize your picks better.

Geo-Filter reduces lag by putting servers under your control. Choose servers based on distance and ping rate in Geo-Filter or Geo-Fencing mode. Save the best-performing servers and block undesirable ones.

Adblocker block all ads and web tracking on websites and any connected (non-browser-based) device. Block specific content with personalized allow and blocklists. Also, it prevents the tracking of your family’s online behaviour.