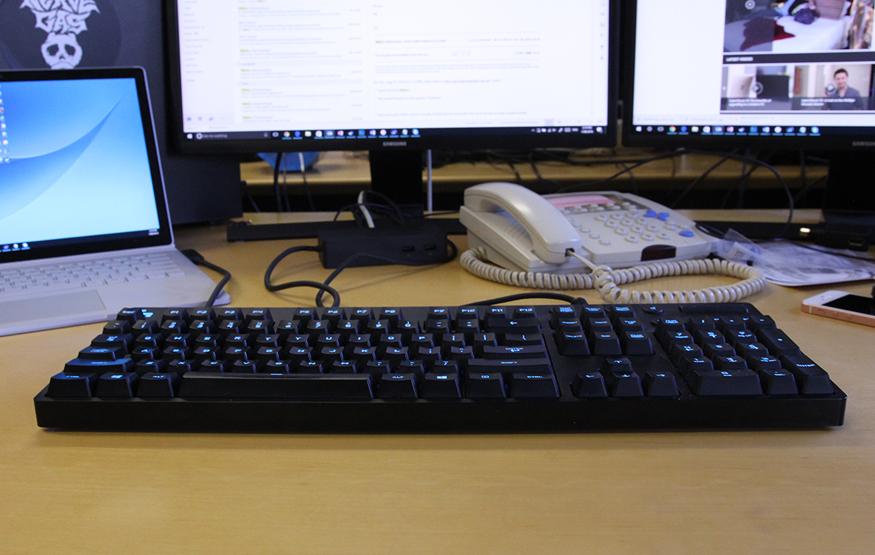 Mechanical keyboard, such as Logitech’s G810, are like the luxury cars of the typing world. Instead of using squishy rubber domes, mechanical keyboards make use of physical switches to determine with whether you’ve pressed a key. This results in a more tactile typing experience, longer keyboard life, and improved keyboard stability. The trade-off is a mechanical keyboard will almost certainly be louder than a non-mechanical option.

If you’re coming from a non-mechanical keyboard (especially a chiclet style laptop keyboard), you’ll almost certainly need to speed a day or so relearning to type on the G810. There’s a high level of travel, and key strokes require a bit more force than they would on a chiclet style keyboard. That being said, you don’t need to put too pressure on the keys when typing, but you still get satisfying physical feedback.

The G810 is quieter than most mechanical keyboards, although it still has a distinct click to it. It’s not the kind of clattering that’s going to everyone else in your home or office death stare you, but it’s not silent either. I find the G810 can get a bit loud if you’re typing away furiously, but even then, I’d still call it an acceptable volume for a work environment.