Want to wake up to the smell of coffee and croissants every single day? 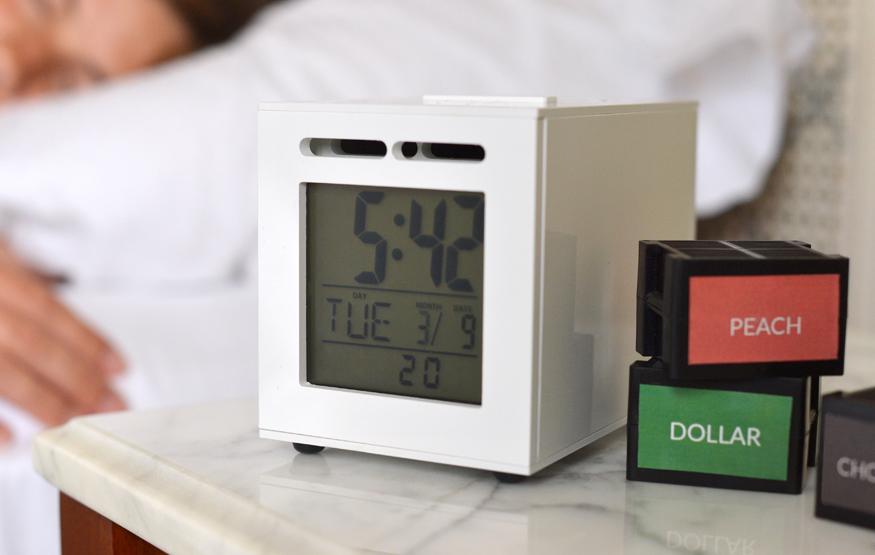 Proclaimed an invention that could "change the world" by Google, SensorWake is an alarm clock that rouses its users with smell, rather than sound.

The idea for SensorWake came from 18-year old French engineering student, Guillaume Rolland, who says he hated his noisy alarm clock so much that he decided to do something about it.

"I thought that now, in the 21st century, everyone should have the right to wake up happy, relaxed and peaceful, ready for a great day," said Rolland. "Human beings were not meant to wake up to iPhone alarms, but our team is ready to change that."

SensorWake emits smells such as coffee, croissants, the ocean or strawberry candy through the use of reusable fragrance capsules. Each individual capsule can be used up to 60 times.

In consumer testing, the team behind SensorWake found that scent would wake up 99% of individuals within two minutes. As a precaution, SensorWake also has a traditional alarm that will ring after three minutes.

SensorWake is being funded through Kickstarter, where the team hopes to raise EUR€50,000. At time of writing, the project has raised EUR€31,641, with 34 days to go.