Three’s a crowd: Hands on with The Legend of Zelda: Tri Force Heroes 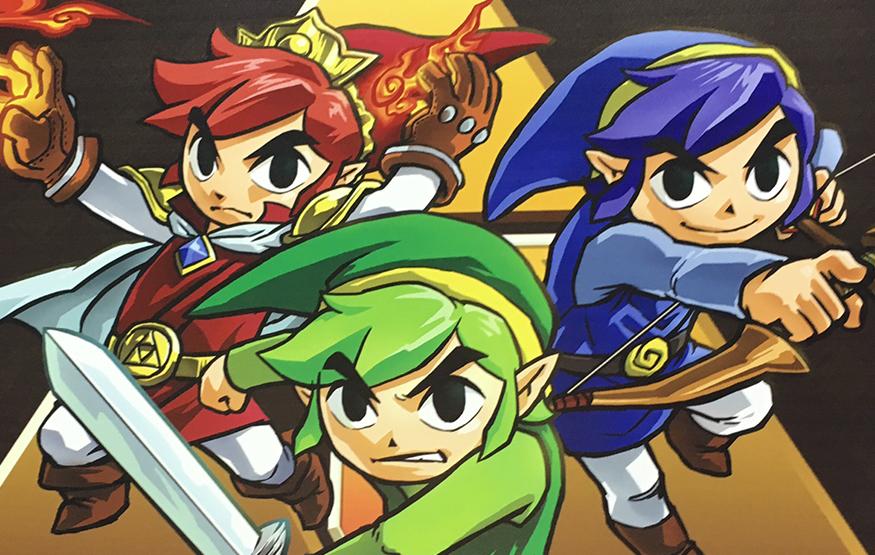 Nintendo's dabbled with multiplayer Zelda games in the past, namely through the various Four Swords titles, but upcoming 3DS title Tri Force Heroes is the first time players will be able to take Link online. As the name might suggest, you take the role of one of three different coloured Links in the typically Hylian fight against evil. But this time, you're not alone.

The demo I tried at this year's Sydney EB Expo was designed to showcase Tri Force Heroes' multiplayer mode, and thrust me straight into a lobby along with two other journalists. We were given an opportunity to vote on a level, and off we went.

Despite the multiplayer focus, Tri Force Heroes' gameplay still feels like Zelda, but with a few twists. One of the biggest is that you and your companions share a pool of hearts; if you're hit, everyone takes damage. You've still got classic items like bombs and the bow, but depending on the level, each player might start with a different load out.

Having played through part of two different dungeons – "Forest" and "Fortress" – Tri Force Heroes seems to place a much greater emphasis on puzzle solving than a typical Zelda game. There's still a reasonable amount of combat, and you've still got boss fights, they just seem to take a back seat. Tri Force Heroes reminds me of Portal 2's co-operative mode in the best way possible.