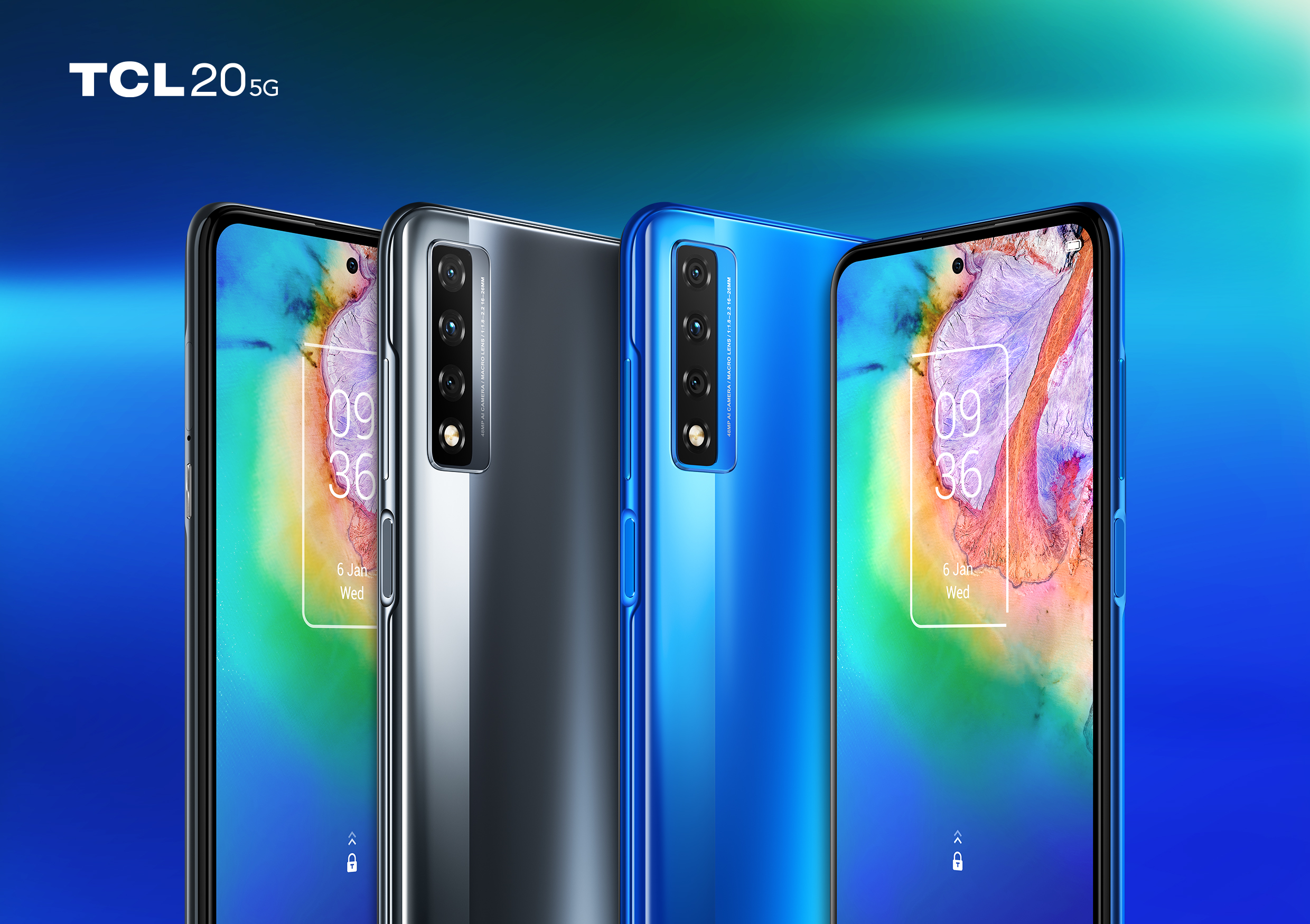 TCL Mobile today announced a series of new devices releasing in the coming year, including a new smartphone, tablet and wearable.

The TCL 20 5G includes 5G connectivity in a 6.67-inch device with TCL’s excellent display technology. The device is powered by a Snapdragon 690 chipset for low power consumption without sacrificing performance. Photography is handled by a triple rear camera array with a 48-megapixel main lens, 8-megapixel wide-angle lens, and a 2-megapixel macro lens. Battery life should be no problem thanks to the 4500 mAh power source.

On the more affordable side, the TCL 20 SE is a 4G device with a 6.82-inch display. With a Snapdragon 460 chipset, it has a little less processing power than the 5G model, but it should be more than adequate for daily usage. The large display is a 720p model, keeping costs and power consumption down. The camera array includes a 48-megapixel main lens, 5-megapixel wide-angle lens, and a 2-megapixel macro lens, along with a 2-megapixel depth camera that isn’t usable for photography, instead assisting with autofocus and post-processing. This model has a 5000 mAh battery for extended usage.

Android tablets haven’t seen much love in recent years, but TCL is shaking things up with its new tablet with a very unique display.

Dubbed the TCL NXTPAPER, it’s an 8-inch tablet with a unique paper-like display. Utilising a reflective IPS design, the tablet can use ambient light in conjunction with a backlight to achieve an e-ink-like experience with minimal eyestrain.

The advantages over traditional e-ink displays include higher contrast, significantly better colour reproduction, and faster refresh rate – along with all the benefits of a full-fat Android tablet, like app support and video playback.

Better battery life and reduced eyestrain make it a perfect tablet for education purposes, and TCL includes a Kids Learning mode, changing the tablet into a child-friendly user interface with parental controls.

This is a pair of glasses with a pair of 1080p OLED displays, similar to a virtual reality headset without the bulk. You can pair this device to smartphones, tablets, laptops and PCs that support display output over USB-C.

By placing displays in the glasses, you get an effective screen size of 140-inches at 4 metres distance.

This would be the perfect companion for a long trip, allowing you to watch movies on a large screen practically anywhere.

The two new TCL smartphones will be available towards the end of the first quarter of the year.

The TCL NXTPAPER tablet is coming out in the second quarter of the year.

TCL’s Wearable Display is expected to arrive in the second half of the year.

Pricing is yet to be announced.