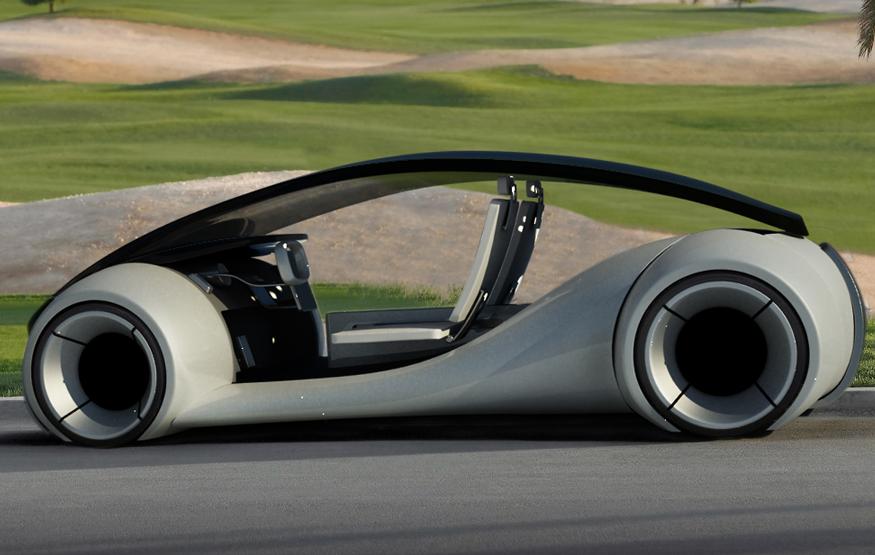 The latest batch of Apple rumours suggests the Cupertino-based company is building a self-driving electric car. Code-named "Titan", Apple allegedly has hundreds of staff working on the secret project according to a report published by The Wall Street Journal.

As odd a concept as an Apple-branded car may seem, the technology used in electric vehicles – such as batteries and in-car electronics – aren't necessarily too dissimilar from that used in smartphones and computers. Quotes from Apple CEO Tim Cook also suggest the company could still have another ace up its sleeve.

“There are products that we’re working on that no one knows about,” said Cook in an interview with Charlie Rose in September. “That haven’t been rumoured about yet.”

Of course, the fact that Apple may be working on electric car doesn't mean we'll see it any time soon – we heard Apple Watch rumours for years before it was announced. In fact, we might not ever see an Apple car; the company is known for building multiple prototypes of products that it never sells.

Despite this, Apple manufacturing a car makes a surprising amount of sense. Here's a few reasons why:

An electric car is literally a computer on wheels
Tesla Motors CEO Elon Musk described his own electric car, the Model S, as a "computer on wheels". It's battery powered, it has a 17-inch touchscreen, it can receive over-the-air updates and even has a SIM card.  As the technology and automotive industries converge, we're going to see a lot more cars that are ostensibly computers. Advancements in areas such as autonomous driving means vehicles are getting smarter and smarter.

If car manufacturers such as Tesla, Mercedes-Benz and BMW are building computers, it makes sense for Apple to be building cars.

Google's building cars
Google is arguably one of Apple's biggest competitors, especially in the smartphone space. Considering the fact Google is building its own self-driving electric vehicles, Apple may see the need to throw down the gauntlet and relive iOS vs. Android once again. Google is hoping to bring a commercial version of its self-driving car to market between 2017 and 2020, but the search giant started the project in 2009. This might mean that Apple has some catch-up to do, but as the Apple Watch has proved, Apple isn't concerned about being first.

Cars are a high-margin luxury product
Cars, like almost every other Apple product, are status symbols. Building a car would give Apple another high-margin, luxury product to house under its shiny white umbrella. Apple has no trouble selling $1,000 phones and $2,000 computers, and is rumoured to be pricing the high-end, gold Apple Watch at $5,000. If customers are willing to spend that kind of money on an Apple-made watch, who's to say they wouldn't spend $100,000 on an Apple-made car?

The experience of buying a car sucks
In Steve Jobs' biography, it talks about how the iPhone was born out of a disdain for other phones; Jobs and co wanted to build a handset that addressed the problems they had with their devices at the time. While cars don't necessarily have the same usability problems as phones as pre-iPhone, the actually dealership experience sucks. As one of my colleagues (who recently purchased a car) put it, "you always feel like you're being screwed in one way or another". You have to haggle, lie and put on a charade to get the best price. You can't just go and buy a car.

Breaking into the car market would give Apple an opportunity to simplify a process many dread. With a uniform pricing model like Tesla, customers could be more confident that they're getting the actual price without wasting days or weeks playing back and forth with a dealership.

Marc Newson
Last year Apple hired Australian industrial designer Marc Newson to work alongside Jony Ive. While it is unlikely that Newson was hired only to work on an electric car, he was responsible for designing the 021C, a Ford concept car. To be honest, this is kind of pulling at straws, but it's certainly an interesting point.

Apple has a lot of money
Apple's latest quarterly earnings revealed the company has a cool USD$178 billion sitting in the bank. That's A LOT of money. If Apple were a country, it would be the 55th richest country in the world. While it could probably just sit back and enjoy the interest, it makes more sense that Apple would spend at least some of this on research and development. Even if Apple spent over USD$1 billion on research and development for an electric car, that’s only 0.56% of the cash it has on hand.