Sex, video games, and The Witcher 3 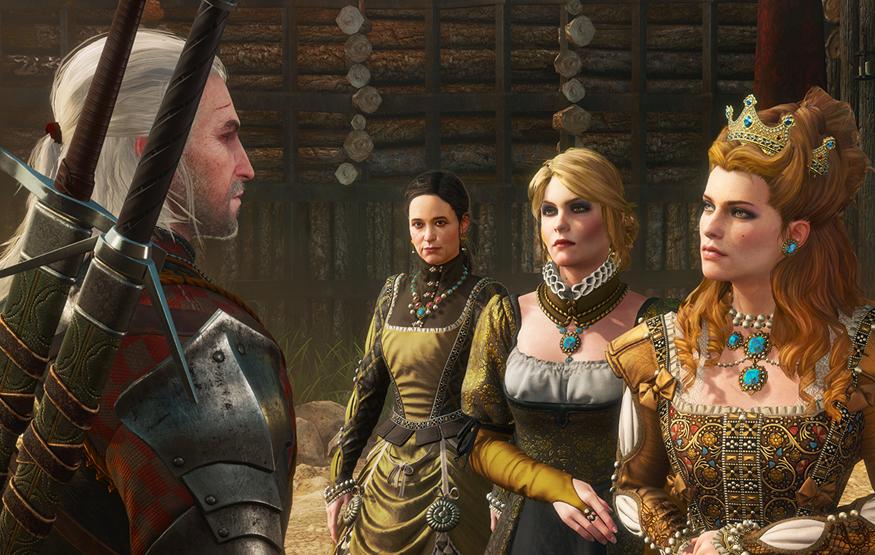 In the western world, violence and video games go together like peanut butter and jelly. No one blinks an eye when you're blowing off heads or lopping off limbs. After all, it's just a game, right? But once you add even a hint of sexual content or nudity, passions are much quicker to flare. Outside of niche indie games and "build your own character" RPGs, sex is a topic that's rarely explored, let alone in a meaningful way.

The Witcher 3 is one of the few titles that hasn’t shied away from digital depictions of sex, going much further than the "fade to black" cut scenes typically found at the end romance subplots in Bioware's roleplaying epics. You can argue it's just titillation, but on the other hand, sex is a lot more "normal" than super shotguns. To learn a bit more about developer CD Projekt Red's approach to sex in video games, we had a chat to Witcher 3 lead animator Jamie Bury.

CyberShack: Why do video games often shy away from depicting sex and nudity?

Bury: I think there's a few different answers to that. I think the one of the biggest ones would simply be the target audience that they can market to. You have some countries where you simply can't have this kind of thing in the game, so if you make it a large part of your game, you're potentially not going to have people playing it. The other thing is, I think sex is still one of those topics that's considered a little bit taboo, even though its 2016. People have sex, it's quite a normal part of life for most people. I think if you're trying to depict a world like The Witcher 3, where we're trying to say “it's quite a mature adult world”, then yeah, sex should be part of that.

CyberShack: CD Projekt Red is a Polish developer. Is sex less of a taboo subject in Polish culture than it is in the western world?

Bury: It's a tough one to answer. For me, I've seen plenty of differences at the different companies that I've worked at, and I couldn't see a lot of the developers I've worked for previously making a game like The Witcher that has the same kind of sexual content. For these companies, the avoidance of this kind of content comes down to financial reasons. It's like movies. You can have an R-rated movie that a small set of people can watch, or you can cut the violence and sex to make it PG13 and stand to make a lot more money.

I think it's quite cool we can ignore that financial side and put sex and violence in a video game, and express these kind of things and respect our audience.

CyberShack: Why is it that CD Projekt Red can get away with including sexual content in The Witcher, when other developers won't risk it?

Bury: I think part of the reason is that we're an independent studio, and we don't have a big publisher hovering over us and saying "no, we won't be able to sell as many copies if you do this". For us, we get to make our own decisions on these kind of things. The world of The Witcher is based on the books of Andrzej Sapkowski, and these are very adult books. They had sex in them, they had violence in them. If we're using these as the base lore for our games, it would feel wrong to take out some of these aspects that people were originally drawn to the books for.

CyberShack: Looking a bit broader, why is violence often more accepted than sex in video games?

Bury: I think this really depends on what country you're looking at. When I was working in Germany, they really didn’t have any problems with sex and nudity in video games, but they often had a problem with violence. If we go back to old school games, you had to change the blood colour to green to get them released in Germany.

Again, in Germany, I had to take a game to get rated. The game was full of sex, and they were fine with it. It was full of violence, and they were fine with it. Then we had this tiny little quest where you had five stones and you had to click them in the correct order, and the order was a pentagram. They went ballistic over this. I remember having to phone back to the office and say "we cannot release this game in Germany unless we change the pentagram to something different".