Realm could change the way we play videogames 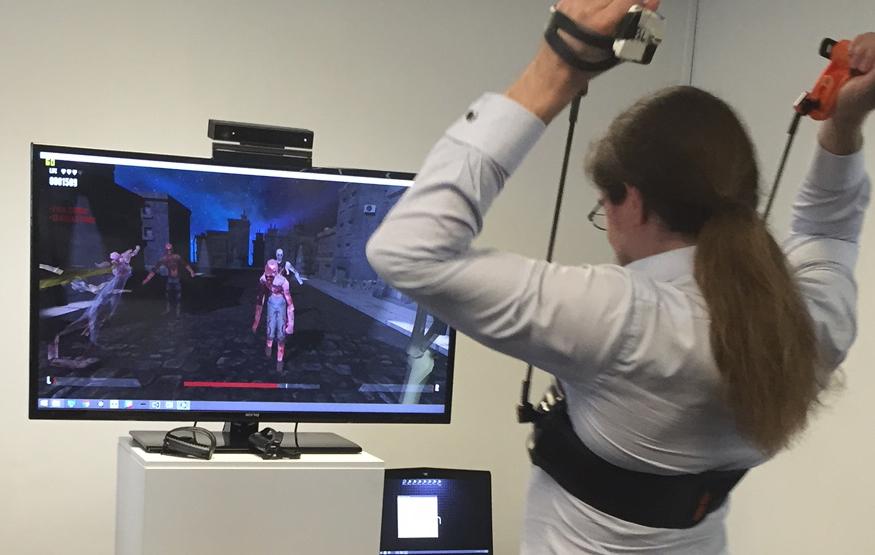 “Just like the real world, now your physical strength, fitness, the precision of your body’s movements and technique can all be real time factors in the video game world,” said Realm co-founder Matt Long. "Resistance affects everything we do in the real world. Whether its opening a door, swinging a bat, climbing, lifting, holding. It’s all about resistance, that's what makes The Realm System real and gives it so many potential applications.”

I had the opportunity to try five of the six demos the team has currently developed for Realm using a prototype version of the system.

Zombie Sushi was the clear standout, a simple game that tasks you with slicing up legions of undead as they run towards you; kind of like Fruit Ninja Kinect meet the Necronomicon. Each of your grips represents a blade, and you're pretty much free to slash around however you please. Your hand movements are translated from the real world to the game almost perfectly. As you progress, the zombies get faster and there's more of them; it can get overwhelming fast. To be honest, the gameplay itself isn't that different from what the Wii or Microsoft's Kinect allows, but you actually have to work for it. If you're not putting enough muscle into each attack, you're going to die. After the end of a five minute hack-a-thon, I definitely needed a drink of water.

The second app, Wood Chop, was based on a similar concept to Zombie Sushi, albeit less violent. Unlike Zombie Sushi, Wood Chop was more of a technical demo rather than a game. It did however showcase the need for force in a more relaxed setting; without enough strength behind each swing, your axe does nothing.

Squat Box, a take on a Minecraft-type title, was again more proof-of-concept type deal. While it was a little rough around the edges, Squat Box was designed to showcase the idea of using your hands to manipulate objects in a digital space – in this case, boxes. It demonstrates the concept, but it's an idea that needs a bit more work.