Nine reasons to be excited about iOS 9 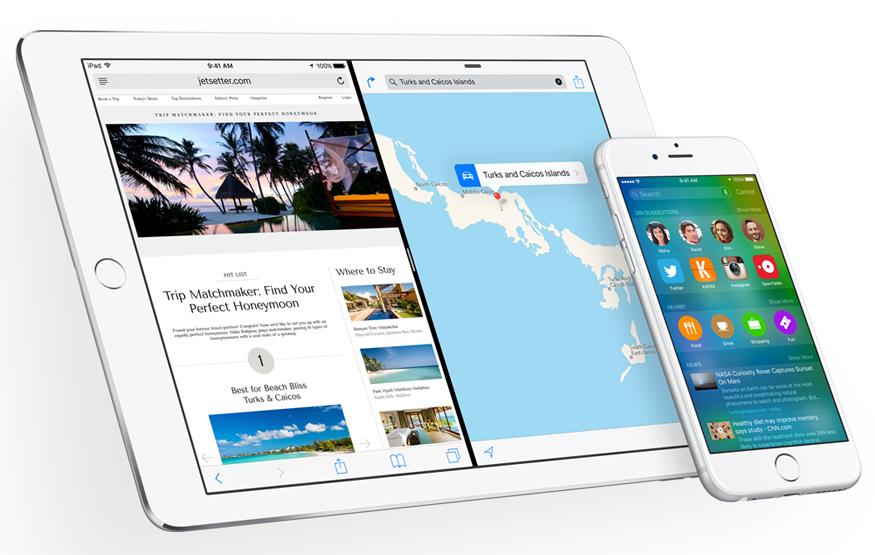 Split-screen apps on the iPad
After over a year of rumours, Apple is finally adding split-screen functionality to the iPad. A new feature called "Slide Over" lets users place a second app on the side of the screen, while running another app at full size. Unfortunately, only the iPad Air, iPad Air 2, iPad mini 2 and iPad mini 3 will be able to support Slide Over.

If you're lucky enough to have an iPad Air 2, you'll also have the ability to run two apps at the same time, with each taking up half of the screen.

The ability to run two apps at the same time gives the iPad a new point of difference over the iPhone, and certainly makes it a more attractive alternative to buying a notebook – if you're willing to sacrifice the flexibility a desktop operating system provides.

Apple News
Newsstand would have to be one of iOS' most neglected features; I've opened it about once in my life. Considering this, it's not surprising that Apple is killing Newsstand off and replacing it with a new app simply called News.

News is essentially a clone of Flipboard that allows users to create a personalised online "news magazine". Stories are source from both major outlets and independent publications, and publishers have the option to create custom layouts specifically for the app.

More importantly, Australia is one of the few countries actually getting News at launch; a nice change of pace considering there's still no date for a local Apple Pay release.

New Notes
iOS's Notes app has typically been a no-frills experience; it’s the iPhone equivalent of Notepad. iOS 9 changes that, adding in basic formatting options, integrated checklists and the ability to sketch with your finger. It's not ground-breaking, but it certainly sounds useful.

No device left behind
While Apple has traditionally abandoned at least one old device with each upgrade cycle, this isn't the case with iOS 9. Any device currently running iOS 8 will receive an update to iOS 9 (although it's likely that older devices won't receive every single feature). It's probably time to move on from your iPhone 4s anyway, but it's certainly nice to know that it still has some life left in it.

Enhanced security
Security isn't exactly exciting, but it's important nonetheless. Touch ID-enabled iPhones and iPads will require a six digit passcode in iOS 9, rather than four. As such, you'll have one million theoretical passcode combinations to pick from, making it much harder for anyone to luck their way into your device. And since you're using your fingerprint anyway, you shouldn't notice a change.

Apple is also introducing two-factor authentication for Apple IDs. If enabled, signing into a new device with your ID will require a verification code that will be sent to your phone or displayed on another of your Apple devices. Again, it's not terribly exciting, but it's a feature that Apple should have introduced a long time ago.

Smaller apps and smaller updates
Regretting buying that 16GB iPhone? You're in luck, as iOS 9 should help ease the pain of limited storage. Apps and updates are both getting smaller.

Using a new technique called "App Thinning", iOS developers will be able to make their applications lighter through the segregation of certain components. For example, if you're using an iPhone 6 Plus and want to install the latest version of Facebook, App Thinning means you'll only be downloading the files needed for it to run on your device. At present, every app bundles the components required for every iPhone and iPad it can run on; considering Facebook supports almost every single iPhone, that's a lot of space you're saving.

Apple has also promised smaller software updates; the upgrade to iOS 9 will only be a 1.3GB download, almost 3GB smaller than the initial download for iOS 8.