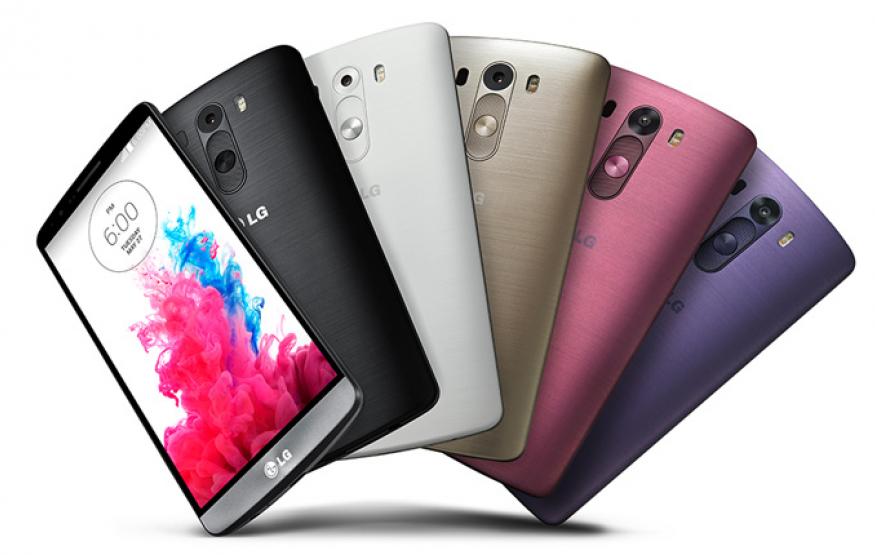 Charlie and I had the opportunity to get hands on with the newly announced LG G3 today, and I need to get this off my chest: the screen is unreal. All technical specs aside, just looking at it is impressive; it truly is a thing of beauty. Watching a video on the G3 feels like a cinematic experience, but on a phone. I'm still struggling to get my head around that.

UPDATE: For a full review of the LG G3, click here

Charlie and I had the opportunity to get hands on with the newly announced LG G3 today, and I need to get this off my chest: the screen is unreal. All technical specs aside, just looking at it is impressive; it truly is a thing of beauty. Watching a video on the G3 feels like a cinematic experience, but on a phone. I'm still struggling to get my head around that.

However, tech specs are still important, so here's the low down: The LG G3's gorgeous 5.5" IPS screen boasts a resolution of 2560 x 1440, making it 1.8 times higher in resolution than a full HD display. This gives the phone an incredibly high pixel density of 538 ppi, surpassing even the already impressive 432 ppi screen on the Samsung Galaxy S5 and 441 ppi screen on the HTC One M8. What's even more impressive is there's almost no bezel on the phone: 76.4% of the phone's front is screen, making the G3 just bigger than most 5.1" devices.

As stunning as the screen is, the G3 is more than a pretty face. The phone has a nifty array of features unique to the device. The first is Knock Code, enabling users to unlock the device with a series of taps. This is a personalised code that can be entered anywhere on the screen that at the same time wakes the device and takes you straight to the home screen. Two quick taps on the screen will then put it back to sleep.

Another is "laser auto-focus", built on the same technology used in police speed guns. When you're taking a photo, the phone constantly emits a laser to judge focal length. The photo app then highlights various focal lengths on the screen, and can even be configured to take a photo when you tap on one of these. With a focus time of .276 of a second, laser auto-focus is faster than the blink of an eye. And for those wanting to take selfies, the G3 revolutionises the process. Rather than pressing a button, you can make a fist to take a photo. The phone then begins a countdown (giving you time to turn that fist into metal horns or a peace sign), and at the end of it takes the photo. Even if it's a bit of a novelty, this was a surprisingly cool feature.

The G3 also feels solidly built, and good to hold. At 149g, its weight is in line, if not lighter, than similar sized products. There's also built in wireless charging, using the Qi standard. This will reportedly charge the phone at up to half the speed of when it's wired. The device's back has a grease and grime resistant coating, which makes it feel similar to a laptop trackpad. Alternatively, the back can be snapped off, and replaced with a “QuickCircle” case that provides a flip cover on the front of the screen without adding bulk. The titular QuickCircle is a small viewing area on the front of the cover, allowing quick access to up to 6 functions without opening the cover. Unfortunately, we didn’t have the time to test this out in full.

Not to sound shallow, but it's time to talk aesthetics again. While the G3 runs Kit Kat 4.4.2, LG's implementation of Android is definitely the most visually appealing I've seen. The bright, toy-like colours of stock Android have been replaced with a muted palate, providing more of a refined feel to the user interface. Flatter icons and a simple style add to the polish, and unlike other Android customisations, it didn't seem to bog the phone down.

Based on our hands on, we definitely think the LG G3 will be a more-than-worthy contender in the high-end smartphone market. Australian customers will be able to purchase the G3from the 4th of August at an RRP of $799. The phone will be available via all local telcos, and at major electronics retailers. We're looking forward to getting our hands on a review model within the next weeks, and we'll have a full review of the G3 available before the phone's local launch.