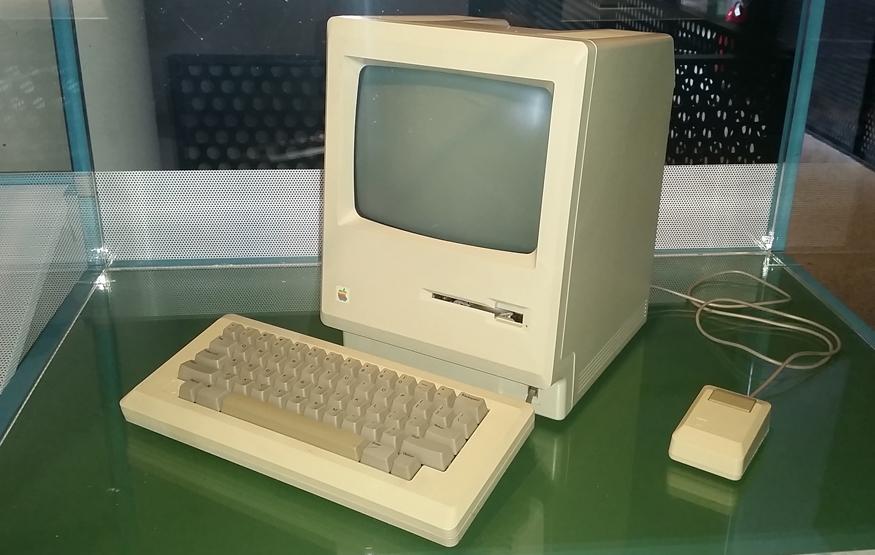 Moore's Law, in its simplified form, states that computing power will roughly double every two years. While this considered conjecture rather than a physical law, one only needs to look back at even the past ten years of computing history to see how much has change.  Technology moves fast, and slows down for no-one.

But it's not just the raw hardware that's changing, it's also how we use technology. Prior to the iPhone, touch screen smartphones were far and few. When the iPad was announced, people asked why you'd want a tablet. When Samsung unveiled the Galaxy Note, it was ridiculed for its large size. These three things are now all the norm.

Sydney's Powerhouse Museum is currently running Interface, an exhibition celebrating how technology and the way we interact with it has changed.

"We have an incredibly complicated device like a smartphone or tablet, but it's really easy to use," said Campbell Bickerstaff, the exhibition's curator. "I wanted to see how designers approached the design of information technology devices to get us to this point in time. The tablet and smartphone era is sort of the end point of this exhibition, so we work our way back."

At its core, Interface looks at how a handful of companies made complicated technology appealing and easy to use. "We're looking at the last 100 years, and that's when material culture artefacts for radio, telephony and calculating really came to the fore," said Bickerstaff.

While the exhibit focus on the last century, celebrating gadgets such as the iPod, Nintendo Powerglove, Sony Walkman, the typewriter and the Tamagotchi, there are items over a thousand years old in the collection.

"One of the objects in the collection is a cuneiform tablet which records the sale of three goats, two pigs and a couple of other things," said Bickerstaff. "That's a receipt, that's information, and it's 2000 years old".

It's not quite an iPad, but it still has the same fundamental purpose: collecting, storing and receiving information.

Bickerstaff said it was surprising to see people's reactions to exhibit, which range from shock to melancholy. "There are objects here that are going to provoke people's thoughts about a time when they first became accustomed to seeing computers."

"There was a time when they required a giant room to be housed in, we've grown up through the period to see that come about, and you wonder when it's going to go".