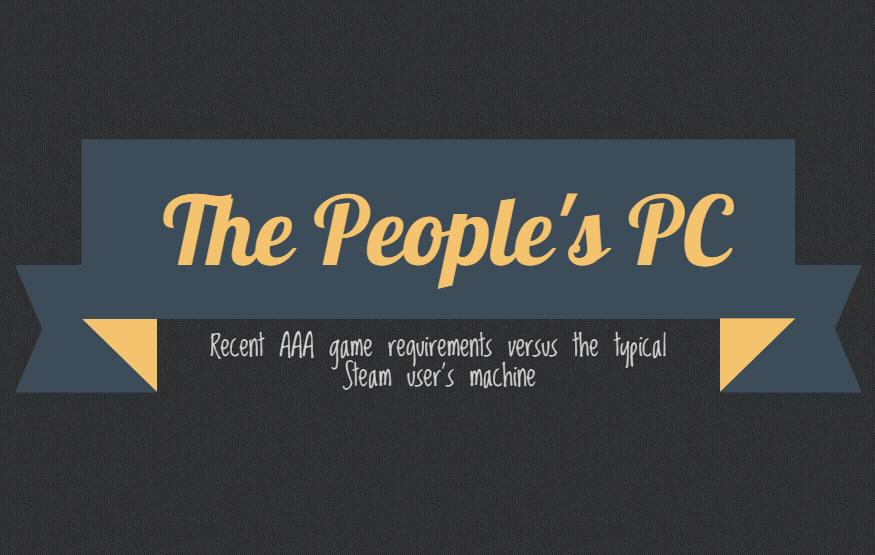 This infographic takes a look at the average gamer’s hardware and compares it to the average system requirements of ten recently released Triple A blockbuster titles such as Grand Theft Auto and The Witcher III.

Based on data provided by gamers around the world, the vast majority of Steam users aren’t able to play Triple A titles at their “recommended” settings.

Dota 2 is currently Steam’s most popular title, with over 400 million hours of playtime accumulated across all players.

The information provided by Steam is not broken down by demographic, making it impossible to see average hardware configurations for individual countries. This is notable as the survey accounts for data from both developed and developing countries.