In need of a 1UP: The state of the Australian video games industry 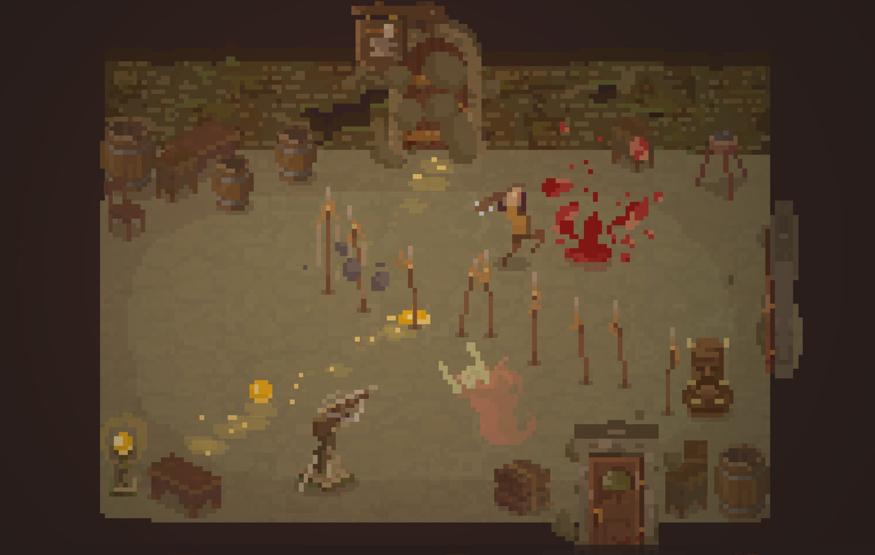 Games are big business nowadays. The Australian games industry produced a little over twice the revenue of the Australian box office in 2014. Globally, a recent Statista report shows the game industry is valued at over USD$100 billion worldwide.

Independent Australian game developers are creating fantastic games, such as Crawl (pictured above), developed in Melbourne by two-man team Powerhoof. Major studios, on the other hand, have all but stopped operating. The last major studio to close was 2K Australia, located in Canberra; they shut their doors in April 2015 after working on popular titles including Borderlands: The Pre-Sequel.

"Australia was a go-to place for publishers who wanted to develop lower budget titles because of the weak Australian dollar at the time,"said Powerhoof co-founder Dave Lloyd. "There wasn’t a lot of opportunity at that point for companies to be creating their own Intellectual Property (IP), and definitely not with the same budgets that real AAA studios had – the risk of taking on a creative project was too high."

As major Australian studios began closing during the financial crisis due to cost of operations, many independent studios were born out of the ashes.

"With game distribution becoming more accessible, a lot of ex-AAA studio developers decided to start their own smaller projects,"said Lloyd.

One of the challenges these independent game developers face is funding. A video game can cost one man a few weeks on his laptop, or a hundreds-strong studio USD$265 million as in the case of Grand Theft Auto V. The money is spent on salaries, music, software packages, marketing and any outsourced development costs.

While platforms such as Kickstarter and Steam’s ‘Early Access’ program allow developers to seek investment directly from the people they are selling to, they have their own associated risks.

"Supporting an early access game takes time, both delivering updates and supporting the community, so the development is slowed somewhat for a small team,"explained Lloyd. "You’re in the public eye while you’re delivering updates, so you lose some flexibility with how you develop the project because of that."

Under the previous Labor government, a $20 million dollar Interactive Games Fund was introduced to assist development studios with initial funding. After financing 40 individual games in little over a year, the fund was axed in the Abbott Government’s first budget.

"In Australia, […] the sector has been treated like the poor cousin of the creative industries, culminating in the Abbott Government's decision to close the $20 million Australian Interactive Games Fund, just 12 months after it was established,"said Greens Senator Scott Ludlam in a statement.

Ludlam is leading a senate inquiry into the industry, due for report by April 2016. The inquiry aims to establish what the government should do in order to better support Australia’s games industry, and detail the employment, economic and creative benefits it could provide.

The Interactive Games and Entertainment Association (IGEA) put forth a submission to the inquiry detailing a number of key facts regarding the local industry.

"At present, interactive games developers have limited access to incentivised regulatory or taxation frameworks in Australia apart from those that are available to all businesses,"wrote IGEA in its submission (PDF).

While federal funding is non-existent, Victoria is one state that does provide support to game developers under the Film Victoria initiative. As a result, it has attracted 40% of the Australian games industry. IGEA believes this is a model other states should follow.

"IGEA supports such access to development funds at a State level as a critical component of backing for the interactive games development industry, particularly for new projects and enterprise level support."

Powerhoof took advantage of Victoria’s financial support during the development of Crawl.

"We had support from Film Victoria which helped us getting Crawl into early access in a state we were really happy with,"said Lloyd. "It meant we could buy software licenses, have a music and marketing budget, and not dig so much into our savings."

"There are now over 16,500 people employed in 329 game development companies in Ontario alone, in spite of a falling Canadian dollar," wrote Mayes.

"Anecdotally, Toronto is now seen as a destination for game development where it had been largely ignored in the past. Companies starting up in Toronto need to raise less investment, meaning they have more ownership of their companies and their IP, and are therefore less likely to feel pressured into moving to the US or Europe.”

Toronto offers a tax credit up to 40% for eligible labour and marketing expenses up to CAD$100,000 per product, along with grants up to CAD$50,000 for concept development and CAD$250,000 for production. Federally, companies with fewer than 500 employees may apply for financial support for research and development – 50% to 80% of the total project cost, paid up front, unlike Australia’s R&D offset.

While the inquiry has to date received over 100 submissions, newly minted Communications Minister Mitch Fifield suggested that federal funding for game development is likely to remain out of next year’s budget, during an October Senate hearing.

"I don’t want to preempt anything that the Government may do in the future in relation to its innovation and creativity agenda, but I do need to make the point that in relation to savings measures that have been put forward in previous budgets, which obviously have required some organisations such as Screen Australia to change the way they operate," said Fifield, responding to a question from Ludlam.

But with or without federal support, Australians are still hitting the big time with their games on a global level. Local developer Hipster Whale went on to earn over AUD$10 million from their hit title Crossy Road, racking up over 50 million downloads to date. While the game was something of a surprise hit, its success speaks volumes of the calibre of Australia’s developers.