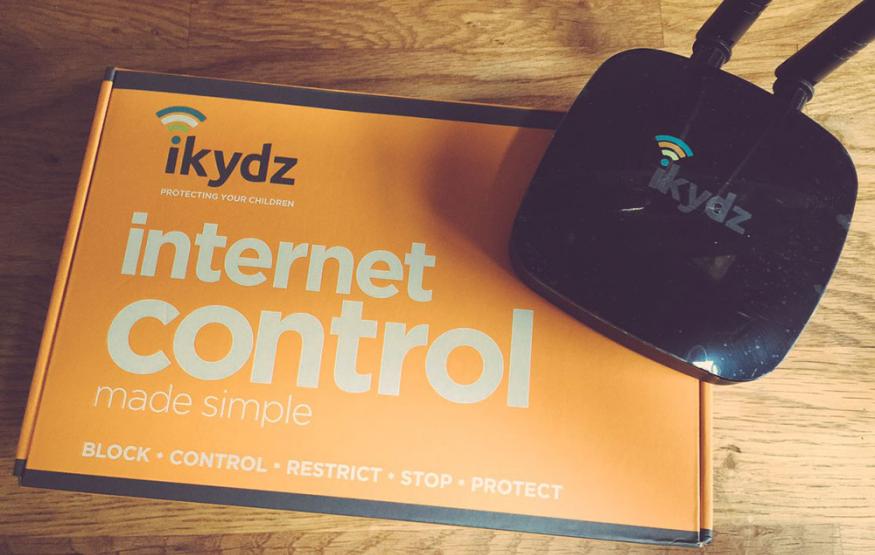 It’s a conundrum all parents face – how to let kids have freedom on the Internet/PC/Gaming consoles without being too over bearing by being too over protective.

However, as a parent I know that my kids spend way too much time online and gaming so it was with some interest that I was asked to review the Ikydz Parental Control device. Basically the parent can control the on/off button of a device remotely via a smartphone app.

Once you have connected the number of devices you would like to be part of the system you then download the Ikydz app from the app store, which will allow you to control the devices.

When you start up the app, you will see all connected devices onscreen. And it is a simply a case of switching them off and on via the app if you think the kids have had too much time on them. However, there are some other tricks up its sleeve. You can block certain sites that have been preselected such as Facebook. And this is where I had a slight glitch. I hit the ‘off’ switch on the app and sure enough Facebook became instantly blocked on my PC. However, when I hit the on switch, it wouldn’t come back up, which was annoying. I then had to switch from the iKydz network to my iiNet connection to get back on board. I have tried to trouble shoot, but to no avail. Also, the version I was asked to review had a European plug so you will need a plug adapter in order for it to work in Australia.

Overall, I think the idea is good. It is a very simple set up and means even if you go out and the kids promise that they’d do their homework you can know that they won’t be on the internet or gaming console thanks to the access your will have on your smartphone.