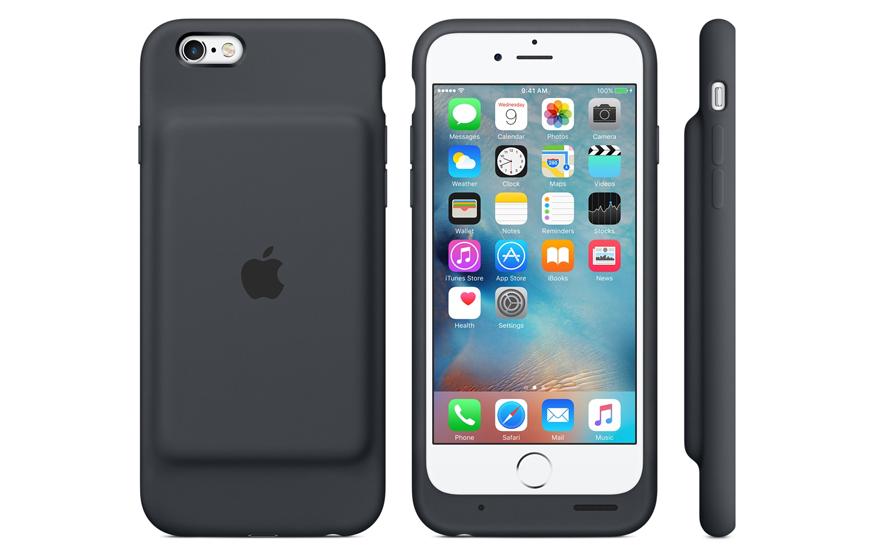 Apple overnight unveiled its first official battery case for the iPhone 6 and iPhone 6s. Dubbed the "Smart Battery Case", Apple's latest accessory is said to provide the iPhone 6s with 11 extra hours of talk time, an additional 8 hours of 4G internet usage, or another 9 hours of video playback.

The case itself is made from elastomer, and boasts an internal microfibre lining. While third party battery cases typically add a significant amount of bulk to the iPhone, Apple has instead opted for a protruding bump on the case's back rather than a uniformly thicker design.

As one would expect from an official Apple accessory, the Smart Batter Case offers tightknit integration with iOS 9. The iPhone's notification centre is able to individually display the iPhone's internal battery in addition to the case's. A third party battery case would typically require you to check its remaining battery via a hardware indicator.

Apple is selling the Smart Battery Case for AUD$165 in a choice of white or charcoal grey. At time of writing, Apple is only selling official battery cases for the iPhone 6 and iPhone 6s.