How to get HBO Now in Australia using Android 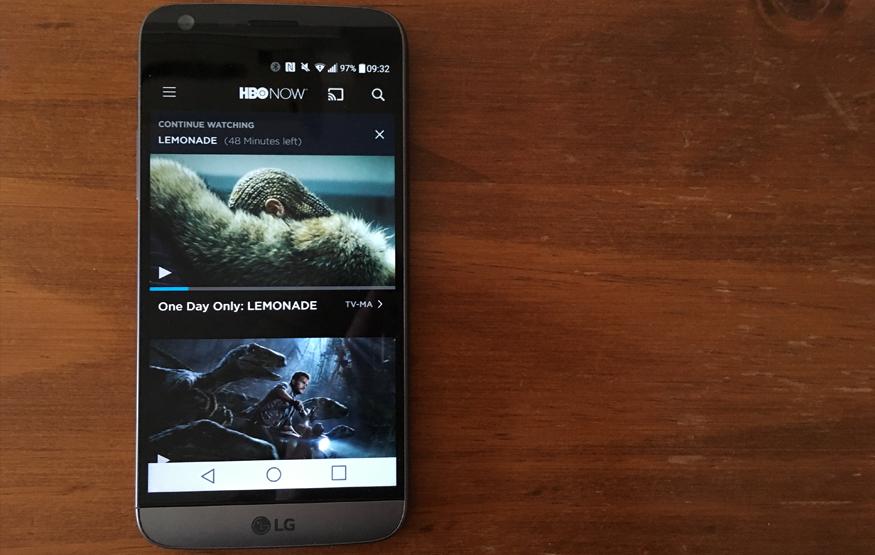 HBO Now is HBO's take on a Netflix-like streaming service, offering up on-demand access to critically acclaimed shows such as Game of Thrones, Silicon Valley, Last Week Tonight and Veep without the need for a cable subscription.

Unsurprisingly, the service still technically isn't available to Australians, and this is likely to be the case for the foreseeable future. But with a little bit of work, it is still possible to take out a HBO Now subscription, even if you aren't based in the U.S.

HBO Now is billed at USD$15 per month, roughly equivalent to AUD$19.45 at current exchange rates.

Before you start, its worth noting that HBO has been known to kick non U.S. users out of HBO Now; when the service launched year, it didn't take long for HBO to start booting geo-dodgers out. Now that the initial launch hype has worn off, HBO might be a bit more lenient when it comes to policing usage, but at the same time, a new season ofGame of Thrones could mean the company is more militant than ever. In the worst case scenario, this could mean losing one month of billings. If you're trying to avoid detection, make sure you don't open the app while not connected to your Smart DNS.

If you're still willing to go ahead, you'll need to sign up with a Smart DNS provider. If you don't already have one, we tested this method with Unblock Us. Unblock Us bills at USD$4.99 per month, and offers a 30 day free trial. Once your Unblock Us account is activated, it will reroute certain information, creating the illusion you're in the United States.

Once you've got your Unblock Us account running, you'll need to go into the network settings on your Android device. Open up the settings, tap W-Fi, and then long press your wireless network. Tap Modify network, and then change your "IP settings" to Static. Keep IP address, gateway, and network prefix length the same, but set DNS 1 and DNS 2 to the following settings:

You might need to put your Wi-Fi password back in to save your settings. Once you've done that, hit save and restart your phone.

If you're using a different Smart DNS provider, this process is still similar, but you'll be provided with different DNS information.

Note: Unblock Us only works when on Wi-Fi when used with mobile devices, and will need to be reconfigured when you connect your device to a new network. It is not possible to use Unblock on 4G. The same DNS settings can be applied to any other device you wish to view HBO Now on (where a compatible app is available). Unblock Us provides detailed instructions for configuring iPhones, iPads, Windows PCs, and Macs for use with its service.

After you've rebooted your Android device, visit unblock-us.com, and sign in. If you've done the above correctly, you'll see a message saying "DNS is setup correctly and you are ready to go".

Next, you'll need to download the HBO Now APK. The easiest way to get this is through APK Mirror. At time of writing, the latest version is 1.5.2, which you can download here.

Download this file straight to your Android device. After you've downloaded it, you'll need to temporarily allow installs from unknown sources. This is typically found by opening Settings, going to Security, and toggling "Unknown Sources". This may vary from device to device. When you've done this, install the APK by going to your Downloads app. After you've installed HBO Now, you should go back to Security and disable installation from unknown sources.

Before you open the app, you'll need to have a billing method linked to your Google account. If you've ever bought anything from the Google Play store, you're good to go. Otherwise you can open the Play Store, slide out the menu, hit Account, and then Payment Methods to add one.

Now, open up HBO Now and tap "Don't have an account? Register here". Fill out this form (you'll need a U.S. zipcode) and then you'll be asked to authorise monthly billing through your Google account. If you haven't signed up for HBO Now before, you should be eligible for a 30 day trial.

After that, you're done! You'll now be able to use the same HBO Now account to sign in on any device. Just make sure that device has been configured to make use of your Smart DNS service, or you won't be able to actually able to watch anything.

Note that the use of a VPN or Smart DNS provider to access geo-blocked content is a bit of a grey area legally. It's not explicitly legal, but at the end of the day, you're paying the content provider for the content that you're watching. To date, and to my knowledge, there hasn't been a case where an individual user has received a fine, warning or worse for the use of a VPN. It's also worth keeping in mind that the Australian Competition Policy Review recently supported the use of VPNs and Smart DNS services being used by consumers to bypass geo-blocking. Realistically, if HBO deems it has a problem with individuals dodging geo-blocks, it will suspend individual accounts or attempt to block the VPN or Smart DNS service in question. Please note that this should not be taken as legal advice.

In addition, Prime Minister Malcolm Turnbull has previously said using a VPN to bypass geo-blocking is not illegal under the Copyright Act.

If you need to cancel a HBO Now subscription taken out through Google Play, open up the Play Store, slide out the menu, and pick Account. Tap Subscriptions, and you'll see HBO Now. Here you can press cancel.