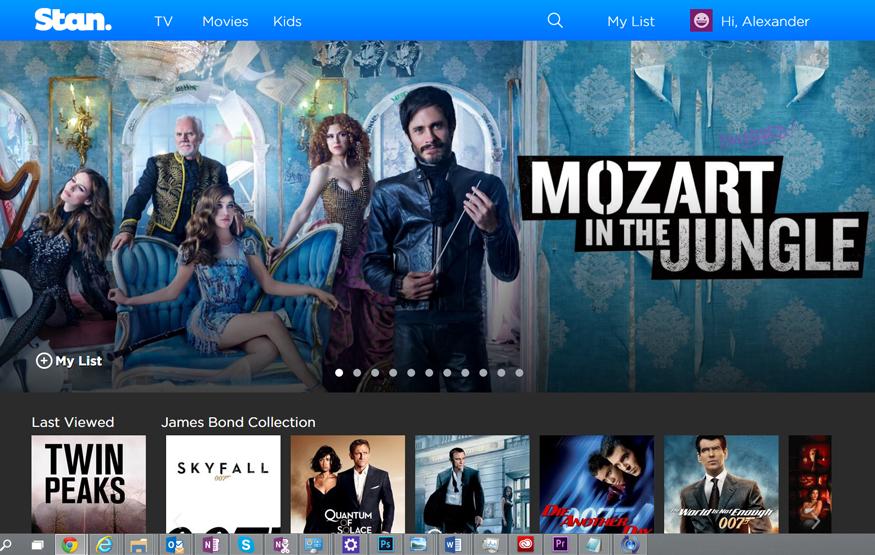 Australians have been taunted by overseas streaming services such as Netflix, Amazon Prime and Hulu for years. Local competitors such as Quickflix and Foxtel Presto have failed to excite, lacking both content and high definition viewing options. Stan, the unassumingly named streaming service born from a joint venture between Fairfax and Nine Entertainment, aims to change that. Stan is meant to be an Aussie video-on-demand provider you actually want to use, and based on some hands on time with the service, it could actually deliver on that promise.

I've been using a Stan for a couple of hours now thanks to a "sneak-peak" invite; while it looks finished, there may be elements that change between now and its public launch. For reference, I've been testing Stan using a 10 megabit connection.

Anyone who's used Netflix over a VPN or even iView or SBS on Demand will immediately recognise Stan's web interface. It's fairly standard fare for a streaming service, highlighting new titles and various genres on the home page with decently sized movie posters. Clicking on a title will load up a dedicated page where you can press play if it’s a movie, or choose an episode of it’s a TV show. The interface is clean and simple to use, but loading pages feels a little slow at the moment – there's a few second wait while even just a page loads, but it's not long enough to be inconvenient. As with Netflix, Stan lets you bookmark titles for future watching with a feature it calls "My List", but as present, the service doesn't offer recommendations based on your viewing history.