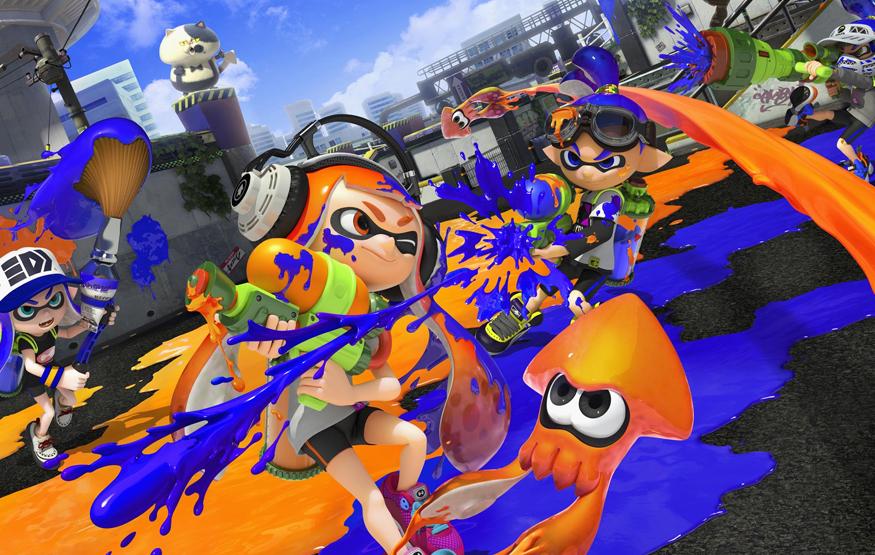 Splatoon is the most fun I've had with a multiplayer shooter in years.

This weekend, Nintendo is making three one-hour demo sessions available to help stress test the title's online servers ahead of its launch on May 30. I jumped online for the first one and was glued to my TV for the entire duration.

Splatoon is a third person shooter where you take the roll of an "Inkling", a human-like creature who can also transform into a squid. While there's also a single-player campaign, the core gameplay mode on display in the demo was a four vs. four competitive multiplayer mode know as Turf War.

Eschewing typical first and third person shooter conventions, there's not a single bullet to be found in Splatoon; the game's varied arsenal is all fuelled by ink. Ink is a surprisingly effective weapon against your enemy Inklings, but it's primary purpose is painting the map in your team's colours. Victory goes to whoever controls the majority of the map at the end of the allocated time; it's a refreshing change of pace to the typical kill /death ratio based gameplay found in most modern multiplayer shooters.

Inking turf also has a few other benefits: the biggest is that it can speed you up, while slowing down your enemies. Transforming into squid mode means you can zip around any territory covered in your colour of ink, and even use it to traverse up and down walls. Unless an enemy claims your turf before standing in it, they'll be greatly impeded, leaving them vulnerable to attack. Turning into a squid while standing in your own ink is also the only way to refill your ammo.