GTA- coming to a toy store near you… 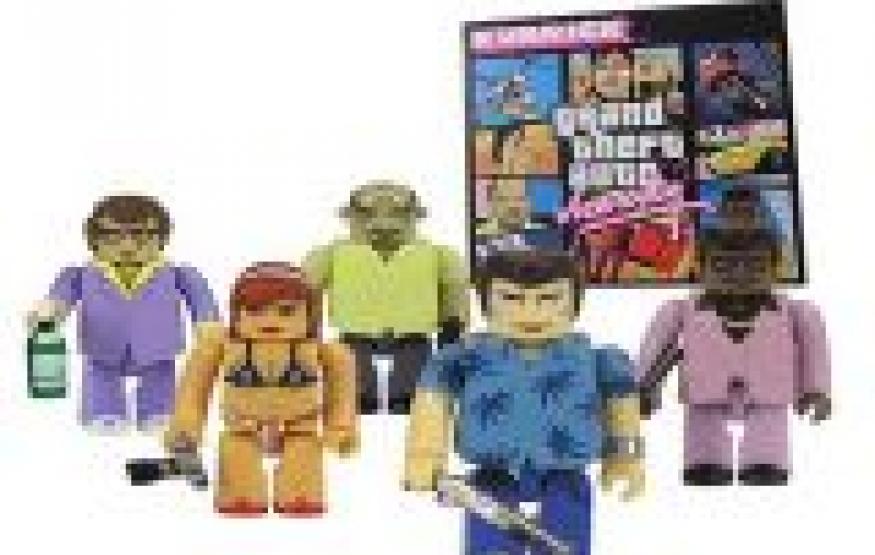 Rockstar Games’s franchise, Grand Theft Auto, has been played to death by gamers for some time now and they’re always hungry for the next installment in the popular series. As each version is released, the appeal to gamers just gains momentum and it seems the GTA journey has yet to be complete with reported sequels in the works.

As a result of the GTA success, Rockstar Games and Medicom Toy Company have joined forces to create a limited edition range of collectibles based on Grand Theft Auto- Vice City. Now you can re-enact your own chase scene, in real life!

The details from the official site are as follows-

Rockstar Games is proud to announce a partnership with Medicom Toy Company to produce a limited edition Kubrick line based on the award-winning Grand Theft Auto games.

Available Fall 2006, the box set is limited to 3000 pieces worldwide, and will be sold exclusively through Toy Tokyo and Rockstar Games.