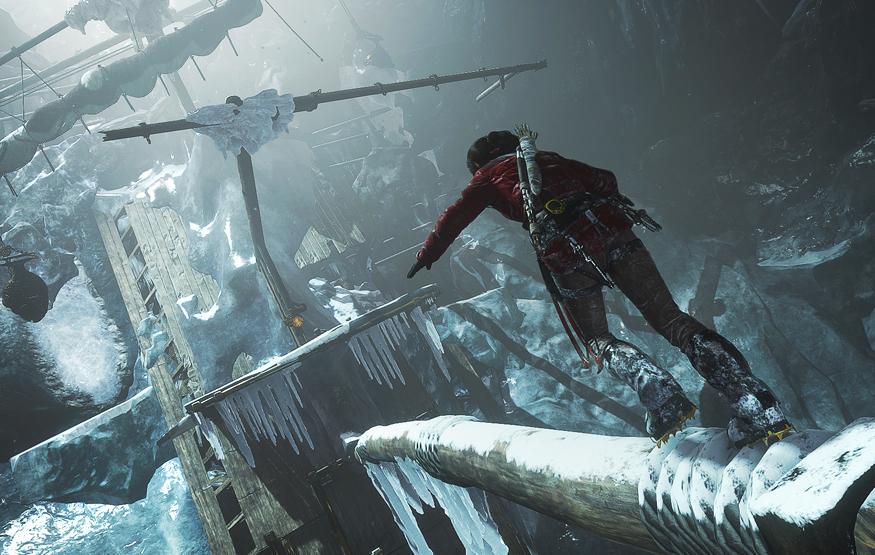 It took me a little under 20 hours to finish Rise of the Tomb Raider on the game's "normal" difficulty level. I achieved an 85% completion rate in that time.

In addition to playing on a harder difficulty or collecting every single item, you've also got some replaybility through a Score Attack mode. There's also two other replay modes that throw specific challenges at you, such as finishing a level without dying, killing a certain number of enemies with headshots, or collecting every item. You can tweak these further with modifier cards that mix up the experience with additions like big head mode, a bow that fires chicken, and a half health option. Using can increase or decrease the amount of credits you win for finish a mission, which are in turn used to buy extra packs of cards. The sheer variety in weaponry and tactics available to you mean missions can still feel fresh even when you’ve already finished them.

Rise of the Tomb Raider was reviewed on Xbox One. It is also available on Xbox 360. It will be released on Windows and PlayStation 4 next year.

Previous Post In need of a 1UP: The state of the Australian video games industry
Next Post iPad Pro starts at AUD$1,249, available to order from Thursday