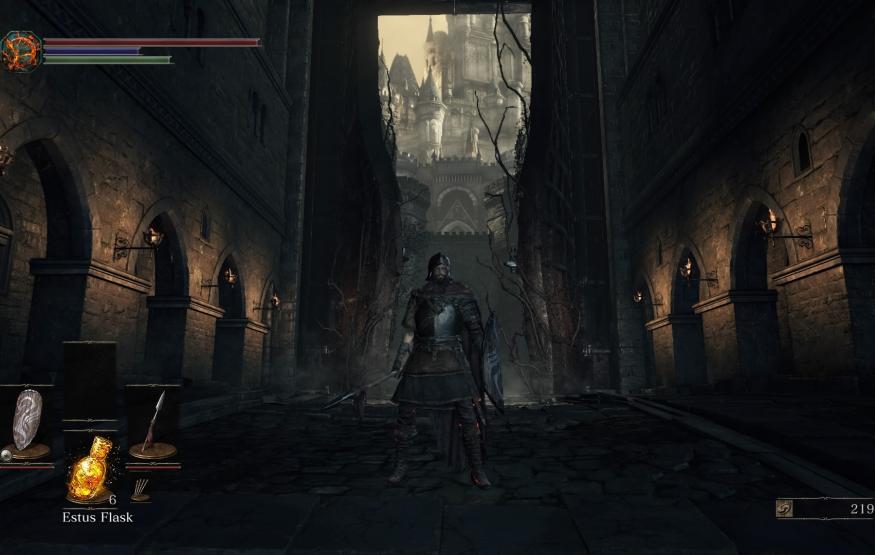 Alex: While the Dark Souls formula is starting to feel a little routine, Dark Souls III is nonetheless a worthy instalment in the franchise. It does everything a Dark Souls game should do, but it’s overshadowed by Bloodborne. Bloodborne has its share of issues too (such as botched multiplayer), but felt like a more cohesive experience (due to the fact the entire game has been built around an aggressive playstyle) in a more interesting world. You lost a bit of the customisation that Dark Souls is known for, but you got a stronger game overall.

From Software has learnt a lot from Bloodborne, but Dark Souls III never quite reaches these same lofty heights. None of this is to say that Dark Souls III isn’t an excellent game, it just makes me worry that we’re quickly approaching the point where the Souls franchise becomes just another annualised series. Arguably, each new instalment should be better than the last, otherwise, what’s the point?

Admittedly, Dark Souls III has a very different flavour to Bloodborne, and still offers up a unique game worth experiencing. From Software is getting better and better at balancing gameplay, and while there’s some stupidly frustrating moments, Dark Souls III is one of the most accessible games in the franchise to date.

Dark Souls III is a trial by fire for sure, but it’s worth every burn.

Scott: Dark Souls III is a fantastic new instalment in the series. Coming to it from Dark Souls II feels like a breath of fresh air, and I’m excited to play many more hours of it like I have with previous titles. There’s more than enough game here for any fan of the series, and for newcomers, it will likely be the best option since the multiplayer base will almost certainly move to it.

Dark Souls as a series has always had a feature that most other games don’t touch on; a constant sense of accomplishment. Games that either aren’t as difficult or as punishing as Dark Souls make winning an inevitability rather than a distant goal, and as such they aren’t as fulfilling. That’s why I’ve always loved the series, and why I love Dark Souls III just as much.

Dark Souls 3 is available for Xbox One, PlayStation 4, and Windows