Samsung’s dominance over the Android ecosystem is really something that can’t be understated. The Korean tech giant has pretty much covered all aspects of Android from the very modest to the most powerful, from the smallest screens to its mega phablets and tablets, and even consumer groups with specific needs. One particular handset that the company has released this year targets those smartphone…

Samsung’s dominance over the Android ecosystem is really something that can’t be understated. The Korean tech giant has pretty much covered all aspects of Android from the very modest to the most powerful, from the smallest screens to its mega phablets and tablets, and even consumer groups with specific needs.

One particular handset that the company has released this year targets those smartphone users living an active lifestyle. The Samsung i9295 otherwise known as the Galaxy S4 Active combines the technology used in the company’s line of Galaxy Xcover handsets and its flagship S-models.

The S4 Active is actually the company’s first high-end ruggedised smartphone that faces the small group of waterproof and shockproof handsets. Samsung’s Galaxy S4 has enjoyed phenomenal success since its release early this year, so its more out-going sibling has really big shoes to fill in especially with a market dominated by Sony’s line of waterproof Xperias.

Here’s our review of Samsung’s latest ruggedised smartphone to help everyone planning to get the S4 Active this holiday season.

WHAT’s IN THE BOX

For those planning to get this device, the Galaxy S4 active is packaged in the typical Samsung fashion. The box has that wooden print and text and images are said to be printed from nature-friendly ink. The box contains the basic smartphone accessories including a headset (with replacement ear mops), a data/sync cable, charger, and of course the usual sort of paper work from the manufacturer.

Sadly, the microSD card is not included in the package, so those looking for expanded storage would have to get a card separately. 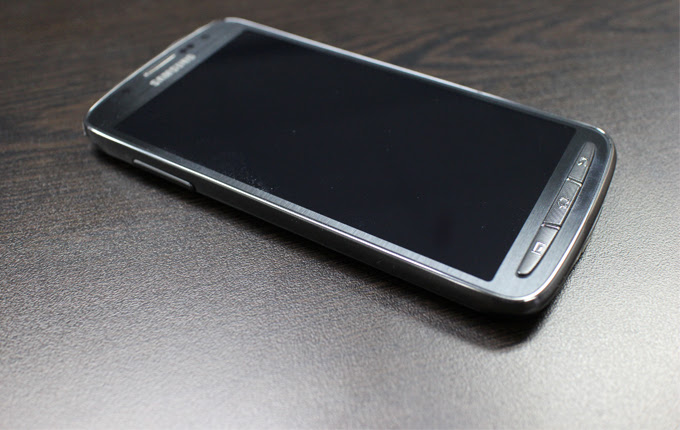 The Galaxy S4 Active’s overall look slightly deviates from the Galaxy S4 due to its waterproofing body suit. The front of the device is occupied by its 5.0-inch screen. The top of the screen is where you’ll find the earpiece, the company branding, the front-facing camera and sensors.

At the bottom is where you’d find the typical navigation buttons found on most Samsung smartphones. However, the capacitive buttons have been replaced by physical buttons to make it usable even when underwater.

The left and right sides of the device is where the volume rocker and lock button are located respectively. While the 3.5mm jack is located at the top and the USB port is down at the bottom. Looking at the back of the device, you’ll see the 8MP camera just above the LED flash and a small slit at the bottom for the speakers. 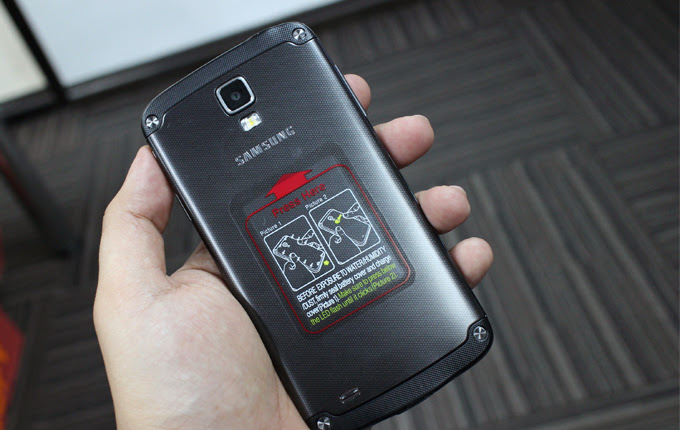 Also on the back of the S4 active are four circular metallic accents that give the phone a tougher look. However, these accents are purely cosmetic and serve no specific function to the phone. Instead, the phone’s waterproofing components are in the form of tight rubber seals around the removable back cover and joints of the body.

The S4 Active runs on Android 4.2.2 with the unmistakable TouchWiz UI on top. The user interface of the Active is almost identical to that of the original S4, with the exception of the camera app, which now has an Aqua mode that reassigns the shutter button of the camera to either the volume keys or the lock key.

Otherwise, all other major apps have that TouchWiz feel. When it comes to preinstalled apps, the S4 Active comes with a considerable amount of bloatware, most especially those coming from Samsung (Samsung Hub, Samsung Link, etc.) and the list of software will continually increase based on what your carrier wants to put on the phone.

As a phone that was designed for making calls, the S4 delivers as it is expected. Sound quality was clear and we didn't experience any dropped calls while using it.

Battery life is also quite average. With heavy use of Wi-Fi and LTE, we were able to squeeze close to a full day of use out of the 2600mAh battery of the device.

Connectivity-wise, the S4 Active is equipped with an LTE radio that ensures speedy connection given the carrier can support it. It also has dual-band Wi-Fi, Bluetooth v4.0, NFC and an infrared blaster, which allows the Active to be used as a remote control for TVs. But even with a number of bloatware installed, the S4 Active is still a pretty capable device and breezes through various apps without a problem. In terms of benchmark scores, the handset gets an average 12,431 Quadrant score and 26305 Antutu score, which puts it just between first generation quad-core phones and current flagship droids.

In the imaging and multimedia department, the S4 Active performs identical to the original S4. Again, TouchWiz plays an important role on how the Active delivers multimedia playback as apps are skinned the typical Samsung Way. Audio quality is also the same as the original S4 and offers no special audio enhancement software compared to other devices from other makers. 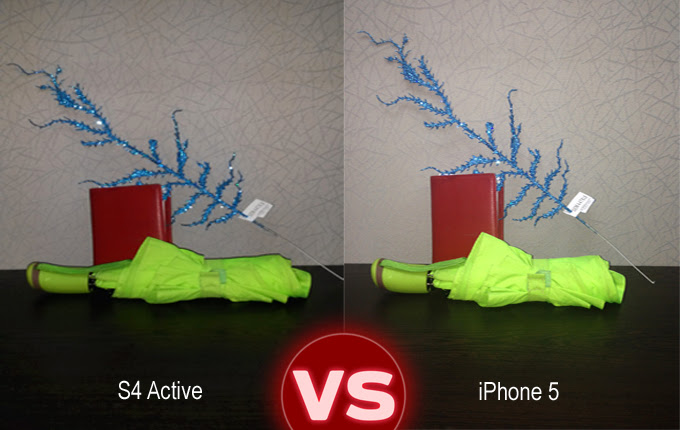 Again, the camera offers the basic functionalities as with any other Samsung Android phone with the exception of a specialised Aqua Mode. But in terms of image quality, the S4 Active can be placed at the middle of the smartphone spectrum. Images appear a little dark and can struggle at times when it comes to focusing.

With all things said, the Galaxy S4 Active remains a pretty interesting option especially for those people looking for a smartphone that will fit their worry-free lifestyle. If you liked the Galaxy S4 or has grown accustomed to Samsung’s design principles, you’ll definitely love the S4 Active.

But to be honest, the S4 Active falls a little bit short in contrast to its main competitors – Sony’s Xperia Z and Xperia Z1, which aside from offering a more premium design, also comes with a better camera. Moreover, the mere fact that a user would need to rely on rubber seals for waterproofing isn’t really reassuring, because water will simply flood the phone in case you forgot to snap the back cover in the proper places.

Nonetheless, the S4 Active is still a good buy especially since it’s one of those ruggedised phones that you can get on a contract. In fact it’s available exclusively on Vodafone’s network.

Get the freshest tech news from CyberShack