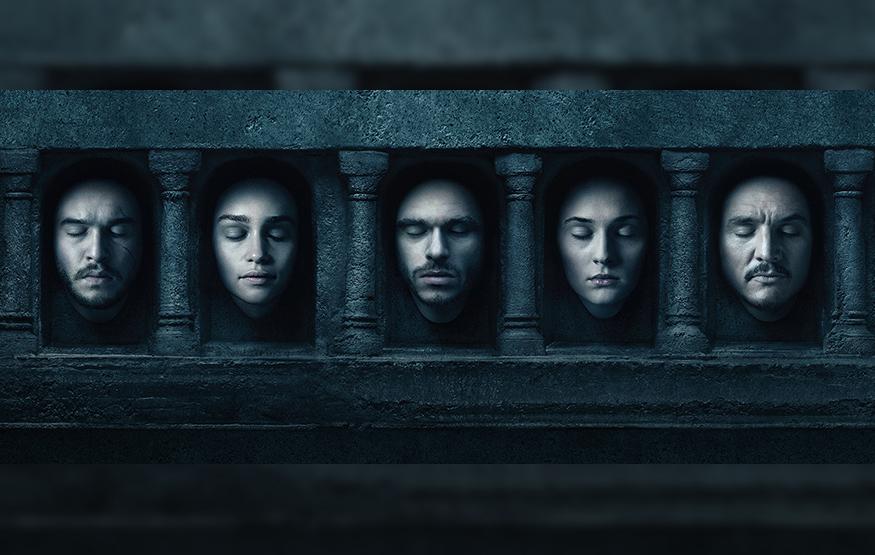 Game of Thrones is back on Australian airwaves, but unless you have a Foxtel subscription, watching it in Australia – legally – hasn't always been easy or cheap.  But that doesn’t mean you have to miss out! Here are four ways to watch Game of Thrones without taking out a year-long Foxtel contract or resorting to piracy.

Foxtel Play
If you just want to watch Game of Thrones as it airs without messing around, Foxtel Play is easily your best option. Foxtel Play is Foxtel's take at an on-demand streaming service that doesn't require a cable subscription.

Unfortunately, Foxtel Play's pricing is almost identical to a proper Foxtel subscription and despite this, it doesn't offer high definition content. Subscribing to the service and the "Premium Movies & Drama Pick" (the content option that includes Game of Thrones) costs AUD$45 per month.

However, Foxtel is offering a AUD$15 a month discount for individuals who subscribe before April 29. The discount lasts for three months, after which the service will be billed at its regular rate. Foxtel Play doesn't have a lock-in contract, making it possible to watch season six for AUD$90.

If you just want to give Foxtel Play a go before making the commitment, you can take up a two-week free trial.

Of course, taking up Foxtel will often warrant a technician popping by your place to do the install, so if you use Telstra's offer, there'll probably be a week or two of waiting involved between when you place your order and when you're able to use the service.

To take this offer up, you need to register before April 30.  More information can be found on Telstra's website.

HBO Now
If you're happy to put in a bit of leg work, you can make your into the U.S. exclusive HBO Now streaming service. The initial sign-up requires either an iPhone, iPad or Android device, but after the initial setup, you can also view the service through your web browser or through an Apple TV.

New episodes of Game of Thrones will make their way to HBO Now at 11am AEST each Monday, the same time as they begin to air in the U.S, and the same time they play on Foxtel.

HBO doesn't really want international users making their way in, but it's still possible to register account. The only issue is how long you'll be able to use the service for without being kicked out. When the service launched year, it didn't take long for HBO to start kicking geo-dodgers out. Now that the initial launch hype has worn off, HBO might be a bit more lenient when it comes to policing usage, but at the same time, a new season ofGame of Thrones could mean the company is more militant than ever. In the worst case scenario, this could mean losing one month of billings.

HBO Now is billed at USD$15 per month, roughly equivalent to AUD$19.45 at current exchange rates. You'll also need to factor in the cost of a VPN or Smart DNS service, which will cost another AUD$6.50 per month. HBO Now and most Smart DNS services do however offer a 30 day free trial. All up, you'll be looking at spending around AUD$55 to watch the entire season. HBO Now doesn't have a lock-in contract.

HBO Now also gives you access to the vast majority of HBO back catalogue, including the previous four seasons of Game of Thrones, and critically acclaimed programming such as The Sopranos, Deadwood, Bored to Death and Veep.

Note that the use of a VPN or Smart DNS provider to access geo-blocked content is a bit of a grey area legally. It's not explicitly legal, but at the end of the day, you're paying the content provider for the content that you're watching. To date, and to my knowledge, there hasn't been a case where an individual user has received a fine, warning or worse for the use of a VPN. It's also worth keeping in mind that the Australian Competition Policy Review recently supported the use of VPNs and Smart DNS services being used by consumers to bypass geo-blocking. Realistically, if HBO deems it has a problem with individuals dodging geo-blocks, it will suspend individual accounts or attempt to block the VPN or Smart DNS service in question. Please note that this should not be taken as legal advice.

Prime Minister Malcolm Turnbull has previously said using a VPN to bypass geo-blocking is not illegal under the Copyright Act.

At time of writing, the easiest way to sign-up for HBO Now in Australia is through its Android app. We've got an updated guide on how to do so here.

iTunes and Google Play
And if you're happy to wait until the season six is over, can buy and binge-watch the whole thing for around AUD$30. Based on last year, you'll be able to purchase the entire season – or individual episodes – through services such as Google Play and iTunes almost as soon as the last episode airs on Foxtel.

Game of Thrones' last episode for 2016 will air on June 26, so it will be a bit of wait, which isn't great if you want every death to still be surprise.

Previous Post How to get HBO Now in Australia using Android
Next Post Australian Review: HP Chromebook 11 – Give and take