Firewatch is gaming grown up 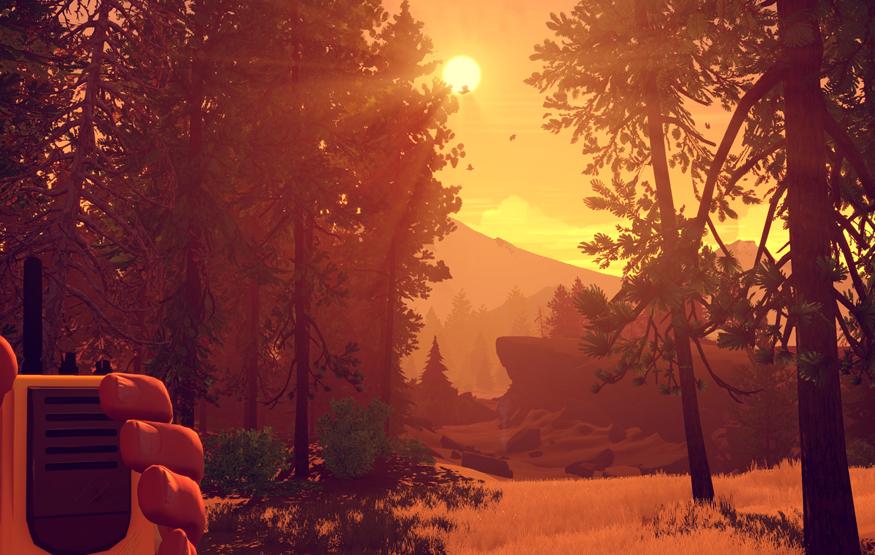 There's a wider narrative that unfolds around the Harry and Delilah; an almost Hitchcockian thriller that I found incredibly gripping. I stayed up to 2am to finish Firewatch; partly because I lost track of time, partly because I knew I wouldn't be able to sleep if I didn't see it through to the end. But as compelling as the story is, the reason it works is the characters. Henry and Delilah feel like real people who you can empathise with.

My favourite movies and television shows (Memento, The Wrestler, Mad Men, and Breaking Bad to name a few) aren't about heroes in the traditional sense. They're about flawed people in difficult situations, and that's what makes them interesting. Firewatch is one of the first video games I've played that executes this idea well.

With a relatively cheap asking price (about AUD$28) and a play time of just under five hours, Firewatch is very easy to recommend to just about anyone. It doesn't hurt that the game's art style is gorgeous.

It's fun to be the hero, to triumph, and to win, and there'll always be a place for games where you can be a better you. At the same time, there's something very special about games like Firewatch, games that are grounded in reality – warts and all.

Cinema and TV tell stories that let us explore our own humanity, and there's no reason video games shouldn't do the same. If Firewatch is anything to by, we'll be saving the world less and less as gaming grows up.

Firewatch is available for PlayStation 4, Windows, Mac, and Linux.