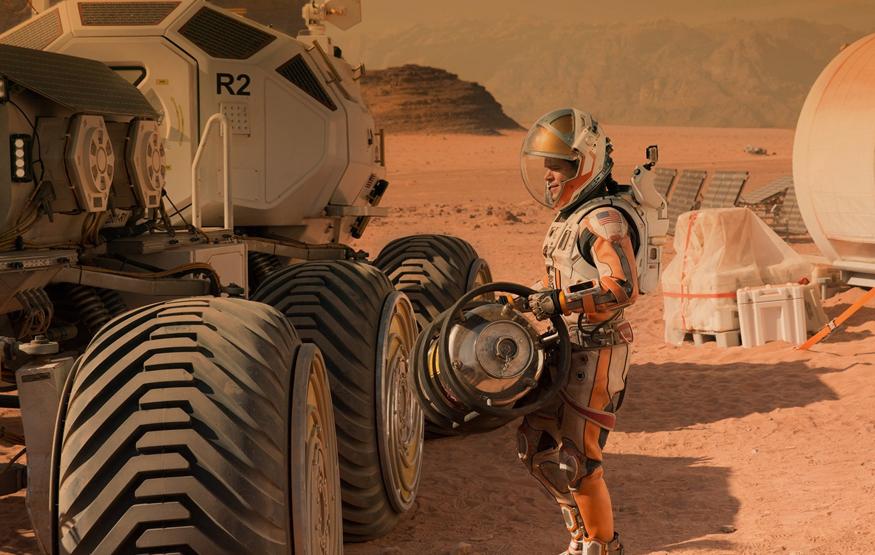 Space is kind of terrifying when you think about it. There's a lot of potential for things to go wrong, and if they do, help is hundreds of thousands of miles away.

Director Ridley Scott is no stranger to exploring the darker side of space travel; Alien conveyed a fear of the unknown in a way that very few movies have matched. Almost 40 years later, Scott has abandoned the extra-terrestrial elements that made Alien terrifying, and tells a more human story about what can go wrong in space. In this case, it's getting left behind on another planet.

In the first few minutes of The Martian, space biologist Mark Watney (played by Matt Damon) is taken out by a fierce storm on Mars while he and his crew try to escape the red planet. Watney's colleagues presume him dead, leaving him behind. After the not-so-shock revealing that Watney survived, the movie simultaneously tells the story of his attempts to survive, and the story of NASA trying to get him home before he runs out of food.

The Martian is at its most compelling when following Watney's plight on Mars. It succeeds at balancing a tense, perilous atmosphere with some wonderful humour and brilliant "eureka" moments. Despite the fact that scenes set on Mars mostly feature one character talking to himself (if at all), they make for surprisingly engaging cinema. Watney is a likeable character, and he is easy to sympathise with; Damon is able to deliver lines such as "fuck you, Mars" with a surprising amount of charisma.