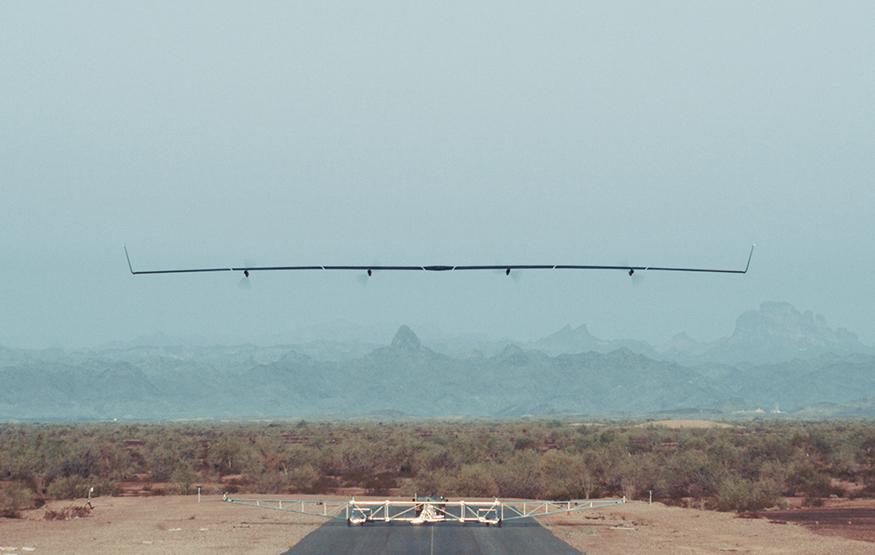 Facebook has completed the first test flight of what is easily its most ambitious project yet: an autonomous solar-powered plane capable of delivering wireless internet access to people in remote areas not currently served by mobile broadband networks. Referred to as Aquila, Facebook envisions the planes will be beam internet to people within a 96km or so communication diameter for up to 90 days.

While Facebook has tested one-fifth scale models of the Aquila in the past, the most recent test flight is the first time the company has flown the full-scale aircraft.

"This first functional check was a low-altitude flight, and it was so successful that we ended up flying Aquila for more than 90 minutes — three times longer than originally planned," wrote Facebook Global Head of Engineering and Infrastructure Jay Parikh on the company's official blog. "We were able to verify several performance models and components, including aerodynamics, batteries, control systems, and crew training. In our next tests, we will fly Aquila faster, higher and longer, eventually taking it above 60,000 feet. Each test will help us learn and move faster toward our goal."

Of course, Parikh says there's still plenty of work to do on the project; 90 minutes is a far cry from Facebook's three month flight goal.

"In fact, to reach our goal of being able to fly over a remote region and deliver connectivity for up to three months at time, we will need to break the world record for solar-powered unmanned flight, which currently stands at two weeks," wrote Parikh. "This will require significant advancements in science and engineering to achieve. It will also require us to work closely with operators, governments and other partners to deploy these aircraft in the regions where they’ll be most effective."

When deployed, the Aquila aircrafts will operate as a fleet, communicating with one another via free space laser communications, and with the ground through e-band technology.

Facebook isn't the only tech giant turning its eyes to the sky; Google is developing a similar aerial internet solution referred to as Project Loon. Rather than relying on aircrafts, the project makes use of high-altitude balloons to create an aerial wireless network capable of performing at 4G speeds.  Google is currently testing Loon balloons in Sri Lanka, and if all goes to plan, Sri Lanka will be just the second country to have nationwide 4G coverage (with the Vatican being the first).