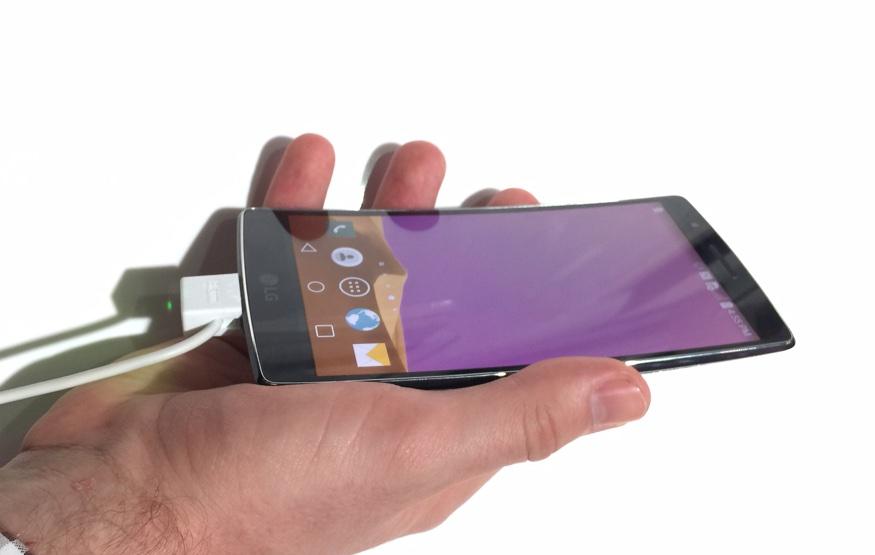 LG yesterday announced the G Flex 2, its latest high-end smartphone, and today I had a chance to get some decent hands on time with it. The name is however a bit of a misnomer as the G Flex 2 is much less flexible than the G Flex. That’s not to say it doesn't still have a little bit of bend to it, but that's predominantly for increasing the handset's durability.

The other big change from the original G Flex is that the G Flex 2 is now smaller, but has a higher resolution screen. Boasting a 5.5-inch, 1080p display, the G Flex 2 certainly isn't a small phone, but it's not larger either. LG have used a similar design to the G3, last's year flagship, in the sense that there's a minimal amount of bezel. The G Flex 2 also features the same rear-facing buttons, and runs the same customised version of Android, albeit upgraded to Lollipop. This means features like Knock Code and Gesture Shot make an appearance.

Previous Post CES 2015 Hands On: Hisense uTouch & Display
Next Post CES 2015: Hovertrax is the coolest device with two wheels since the Segway