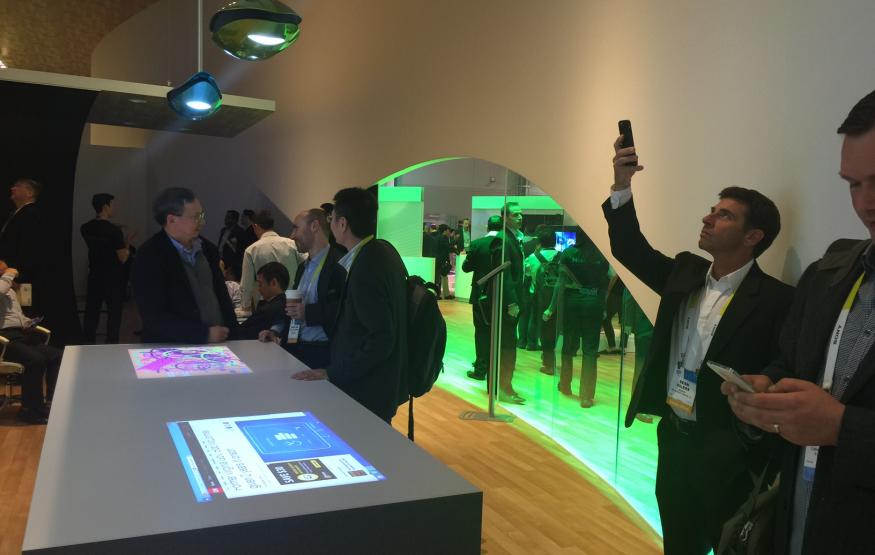 Hisense's uTouch & Display is easily one of the coolest products I've encountered at CES 2015 so far. Essentially, uTouch & Display is a hanging lamp that doubles as a projector, turning your kitchen bench into a touch screen computer running Windows.  The futuristic gadget uses infrared sensors to detect your fingers, and as such, you need to wait a second or so before it recognises you're trying to interface with the "screen". There's also a few issues with latency and responsiveness at the moment, but a Hisense representative suggested that this might be due to the large influx of wireless signals interfering with the infrared.

While uTouch & Display is a presently just a concept product, Hisense has every intention to commercialise it. There's a small chance the projector-light combo might launch before the end of the year, but Hisense's representative said we'll likely be waiting as much as two years before the uTouch & Display is commercially available. Fingers crossed Hisense can iron out the quirks; I never knew I wanted my kitchen bench to double as a computer, but I definitely want it to now.