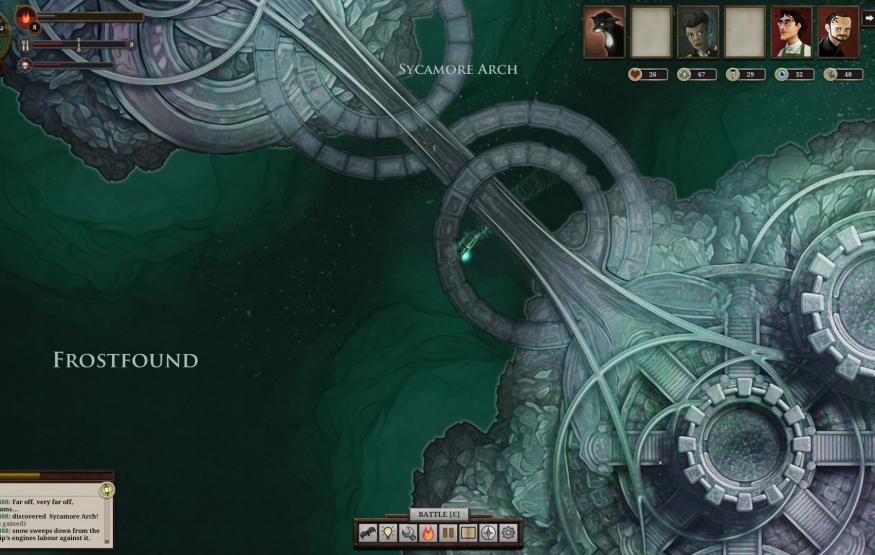 By default, Sunless Sea enforces permanent death. If you die, you have to start again, from scratch. You have the option to transfer some items between play throughs – to start with, you'll be able to pass down one gun – but you lose your character and most of your progress. This lends itself to some genuinely tense moments; trying to sail back to Fallen London on minimal reserves is one hell of a nerve-wracking experience. Just pray you don't run into any giant crabs on the way home.

For those disinterested by this, a merciful mode is available, allowing you to save and reload to cheat death. While this is a great option, I think playing with the looming threat of a permanent demise adds immensely to Sunless Sea's macabre atmosphere.

Sunless Sea is the very definition of a slow burn, and as such, requires time and a lot of patience. If you like your games fast-paced and action-packed, Sunless Sea probably isn't for you. Your first ship travels at roughly the pace of a snail, and you're going to be trying to avoid most combat to start with. While this helps in building the mood, I can see how this would turn some off. Sunless Sea isn't the kind of title that provides instant gratification.

The only time I found this slow pace to be problematic was at the beginning of each new run. While much of Sunless Sea is randomly generated, there's a few things that stay the same. Every time you start as a fresh captain, you've got the same few basic missions to power through before you have the resources you need to open up the rest of the game's world. Depending on how much you're dying, this can begin to feel repetitive.