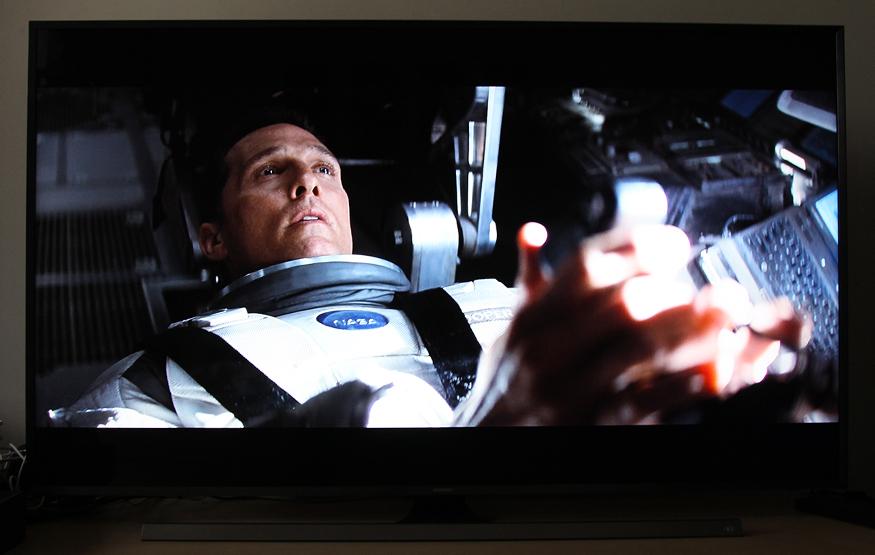 As with Samsung's other 2015 TVs, the 65JU7000 runs Samsung's big screen version of the company's Tizen operating system. Tizen is a big step forward compared to Samsung's past TV operating systems, and for the most part, is clean and simple. It's not quite as intuitive as LG's WebOS 2.0 or as fleshed out as Android TV, but it does the job, and does it well. Tizen on the 65JU7000 isn't quite as fast as on the higher models, but its not clunky to the point where it's an issue.

Overall, the 65JU7000 offers great picture quality. There's a few small issues, but there's nothing that detracts too much from the overall experience. You'll want to swap to the "Standard" image preset, as "Vivid" oversaturates images a little too much. You'll want to tone down the backlight just a touch if you're watching a dark room, to mask the slight backlight inconsistencies. And you'll almost certainly want to turn off "Clear Motion", which while designed to reduce motion blur, results in images looking like a cheap, d-grade soap opera.

As with Samsung's other 2015 TVs, I found the upscaler a little too aggressive. If you're sitting close, upscaled content looks a little unnatural, but it's a small issue. 4K content looks stunning on the hand, and the TV's 65-inch size means you're actually able to tell the difference.

The 65JU7000 boasts above average viewing angles; as you veer away from the centre, there's very little distortion, but backlight inconsistencies become a little bit more noticeable on the TV’s far edges.

Previous Post HTC One A9 is a midrange iClone that costs half as much as its inspiration
Next Post Stan’s first original series, “No Activity”, now streaming