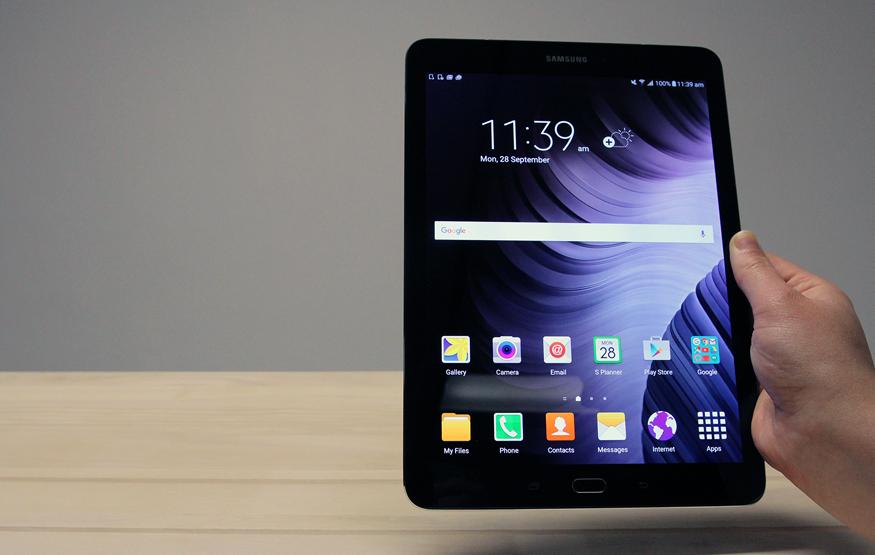 Samsung's Galaxy Tab S2 is quite literally an iPad that runs Android. This is simultaneously one of its greatest strengths and biggest shortcomings. The Galaxy Tab S2 is a fantastic tablet, but unless you're an Android diehard, you might just find yourself asking why you didn't buy the real deal.

The Galaxy Tab S2 is a slim, lightweight Android tablet. The 9.7-inch model weighs 389g, the 8-inch weighs 265g, and they both measure in at 5.6mm in thickness. The first time I picked up the 9.7-inch model, I was shocked at just how light it felt. Even after using it on and off for a couple of weeks, the Galaxy Tab S2's weight (or lack thereof) surprises me almost every time I pick it up.

The Galaxy Tab S2 is about 60g lighter than the iPad Air 2, and while it might not seem like much, it's very noticeable when you're comparing them side by side. I found this made Samsung's latest much easier to use one-handed for extended periods of time, which is nice when you're watching videos, for example.

Samsung hasn't really used much of the design language from either the Note 5 or the Galaxy S6; there's no glass back, there's only a hint of an aluminium bezel. The tablet's back is plastic, but mercifully, untextured. While Samsung was often criticised for its use of plastic backs on its flagship smartphones, the Galaxy Tab S2's rear certainly doesn't feel cheap.

When compared to last year's model, the Galaxy Tab S, the biggest change Samsung has made is a new aspect ratio. While its predecessor was 16:10, the Galaxy Tab S2 features a 4:3 display as popularised by the iPad. This certainly isn't a bad thing, and makes the Galaxy Tab S2 a more versatile device. Personally, I find 16:10 great for watching videos, but a bit uncomfortable otherwise.

As one should expect with a Samsung device, the Galaxy Tab S2 has a great screen. Colours are accurate, viewing angles are wide, and brightness is almost retina burning at its maximum. This does however mean you shouldn't have too many issues using the Galaxy Tab S2 outdoors, which is always a plus. You might need to turn it down indoors though, especially at night.