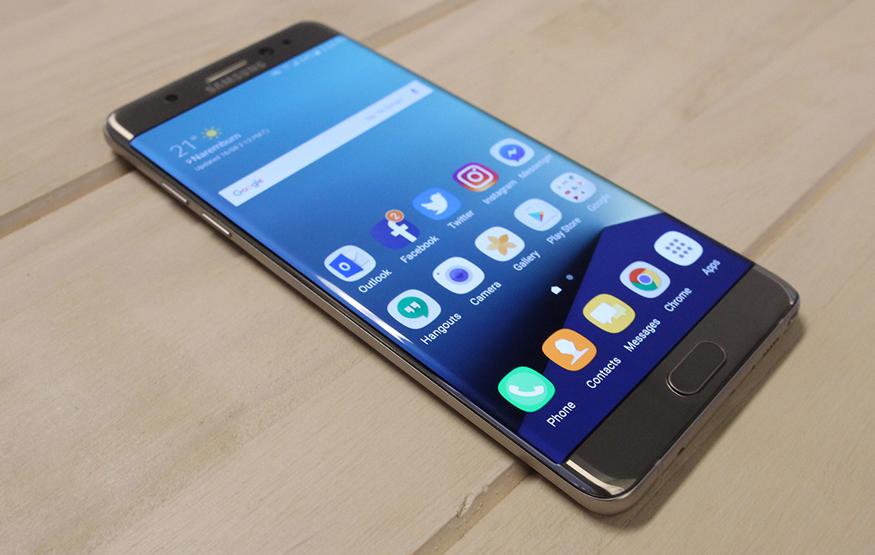 With the Note 7, Samsung's made the move to USB Type-C for charging. While the change is fairly minor, I'm personally a big fan of the new standard, mostly because it means you're not spending as much time trying to work out if you're plugging your cable in the right way. If you've still got old Samsung chargers, there's a micro USB to USB Type-C adapter in the box, which is a nice touch.

This year's other flashy new feature is an iris scanner, which theoretically speaking, lets you unlock the Note 7 with your eyes. While the iris scanner works better than Microsoft's attempt with the Lumia 950, it's still slower than using the fingerprint reader to unlock your phone. To get the iris scanner to even start looking for your eyes, you need to wake up the phone by hitting the power button, swipe to the right to bring up the unlock screen, and then hope the Note 7 finds them. As someone who wears glasses, results were pretty inconsistent. Sometimes the iris scanner would work in a flash, but at others, the phone wouldn't unlock at all. That being said, the iris scanner was far more usable when I took off my spectacles (although still not quite as fast as the fingerprint reader).