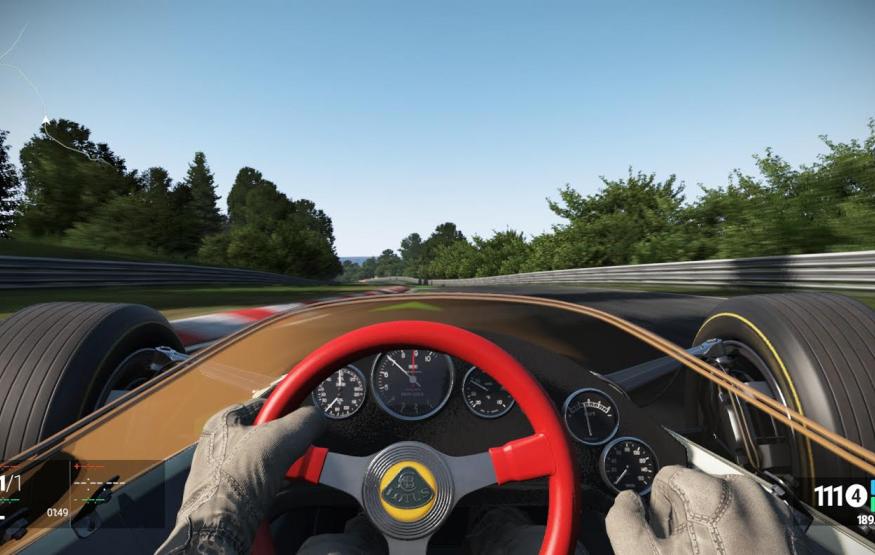 Project CARS has the makings of a competitive game in its genre. It’s reasonably realistic, has stunning graphics and a varied track list. Ultimately, Project CARS just isn’t quite different enough from its competitors – a jack of all trades. It’s incredibly pretty, but it doesn’t add anything new to the genre.

That’s not to say it’s bad – it’s a good game, but Project CARS is probably best left to those who haven’t played another racing simulator in a while, or simply want one of the best looking racers around. The physics engine is modelling an impressive amount of details about the car during races, most of which won’t be noticeable to inexperienced players, but hardcore sim-racers will be pleased with all the minutiae. Project CARS also supports Oculus VR, which ought to be a treat to play with, and could be another good reason to give the game a go.

I think the singleplayer is lacking a bit; driving games for me are about freedom; they give you a car that you might never be able to afford in real life, and allow you to drive it as fast as you like, but sadly most of them lock you up on a closed track rather than letting you explore the open road.  PC gamers like myself just don't get games like Forza Horizon 2 on our platform very often. I had hoped that Project CARS would help fill the void of great single player racing games for me, but for that, I think I need to buy a console.

Project CARS was reviewed on Windows. It is also available on Xbox One and PlayStation 4, and will be released on Wii U later this year.  Review hardware included an Intel Core i7 4770 processor, 16GB of RAM, and a nVidia GTX 770 with 2GB of VRAM.