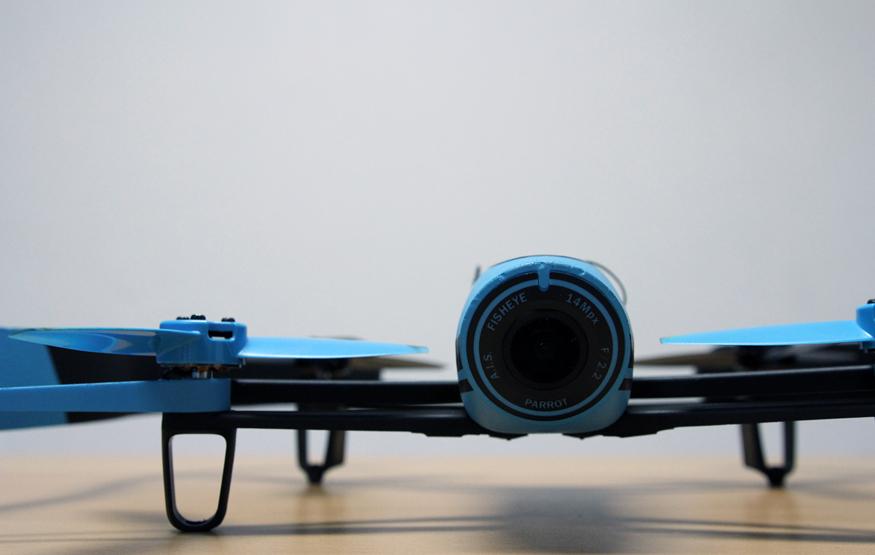 The Parrot Bebop is a midrange drone that's part toy and part tool. With an AUD$669 asking price, it's a bit more expensive than your entry level drone, but more affordable than high-end flyers such as the DJI Phantom 3.

Design
The Bebop is a reasonably compact drone, with a wing-span of about 30cm and a weight of approximately 400g. Adding on the optional styrofoam bumpers takes it to 38cm in width, and gives you a bit of extra protection when you're flying the Bebop around indoors.

But despite its small stature, the Bebop is a surprisingly rugged drone. While I've managed to break some of Parrot's smaller drones quite easily, the worst that's happened to the Bebop is some minor scuffing and a stalled engine that I was able to fix with a restart. Considering I've put Parrot's latest through a lot more pain than any other drone I've tested – including an unintentional 20 metre freefall – I'm quite impressed. Parrot has however included a couple of spare propellers – just in case.