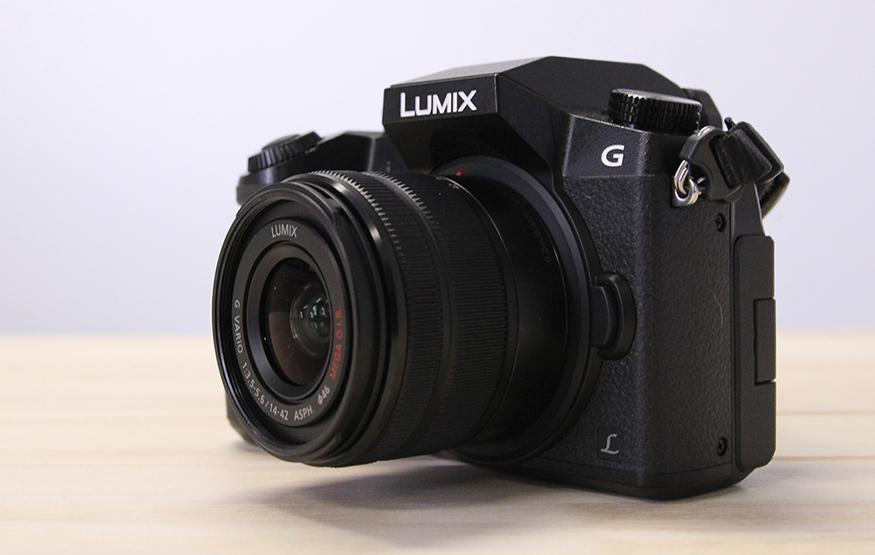 Design
The Lumix G7 is easily on the bigger end of the small camera spectrum. It's not quite as large at as entry level DSLR such as Canon's 600D, but it has a little more heft to it than the other cameras in Panasonic's mirrorless family. The G7 is best described as a miniature DSLR – it's compact, but not cramped.

While many of Panasonic's other cameras sport a retro aesthetic, the G7 is somewhat more modern thanks to an overtly angular design. The body itself feels a tad too plastic, but for the most part, this isn't an issue. My one real gripe is that most of the G7's buttons are squishy, rather than tactile and firm like its control dials. The included kit lens (14-42mm) suffers from a similar problem; there's nothing wrong with the optics, but it just feels a little cheap in terms of build quality.

Much like the Lumix GF7, the G7 boasts an articulating touchscreen. While being able to rotate the screen was great for framing up low and high angle shots, the display would consistently turn itself off while positioned at certain angles. The screen itself is alright, but not amazing; even a little bit of sunlight made it hard to use, the touch capabilities were a little hit and miss.

Fortunately, the G7's electronic viewfinder (EVF) almost entirely makes up for this. In addition to providing a crisp, clear image, the G7's EVF automatically zooms in when focusing on an image, and pumps the ISO if you're trying to do so in low light.

The G7 boasts a number of manual controls, all of which are customisable. More importantly, they're comfortably spaced, making them easy to use when shooting. In addition to six physical buttons, the camera also has an extra five customisable "soft buttons" on the touchscreen, but these were a little trickier to use on the fly.

Other notable features include a 3.5mm microphone input, retractable flash, and a hot shoe.

The G7 shoots to SD card.