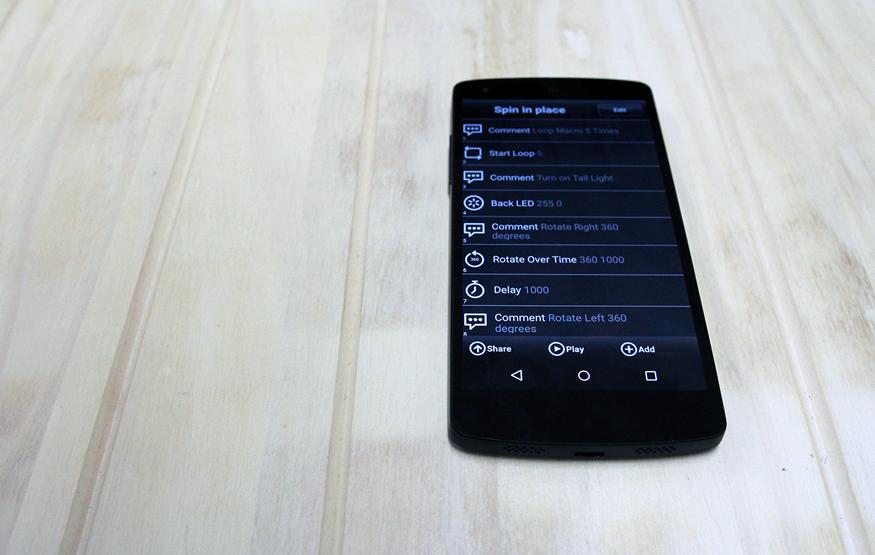 MacroLab is the simpler of the two apps, and allows you to build basic, repeatable routines. These can be as simple as a command that makes Ollie spin around five times while changing colour, or as complex as a command for driving around in a figure eight. While many of the building blocks are simple to understand, MacroLab will more than likely require a bit of trial and error for children closer to the "8+" demographic. Fortunately, the app is preloaded with a few example macros – complete with comments on how they work – that can be used as a starting point.

OrbBasic is based on the Basic programming language, and provides more of a fleshed-out coding experience. The app introduces concepts such as "If Then Else" statements, which gives you the ability to write more complicated routines such as the following: If Ollie has reached maximum acceleration, change the colour to red, otherwise change the colour to blue. Repeat this until Ollie is red.

Again, Sphero has included a number of well commented example programs within OrbBasic, in addition to a handy reference explaining the various commands within the language. Despite this, the jump between MacroLab and OrbBasic can be a little daunting, especially when you consider that you need to write the code using a smartphone keyboard. Personally, I wouldn't call the challenge insurmountable, but it's definitely a challenge that will probably require use of in-app and online documentation for those without a coding background.

While there might be not be a one-to-one relationship between the language used in OrbBasic and languages such as C# and Java, the fundamentals are similar, and it provides a solid entry point into the logic and problem solving skills used in "real world" programming.

The Ollie app, OrbBasic and MacroLab are compatible with both iOS and Android.