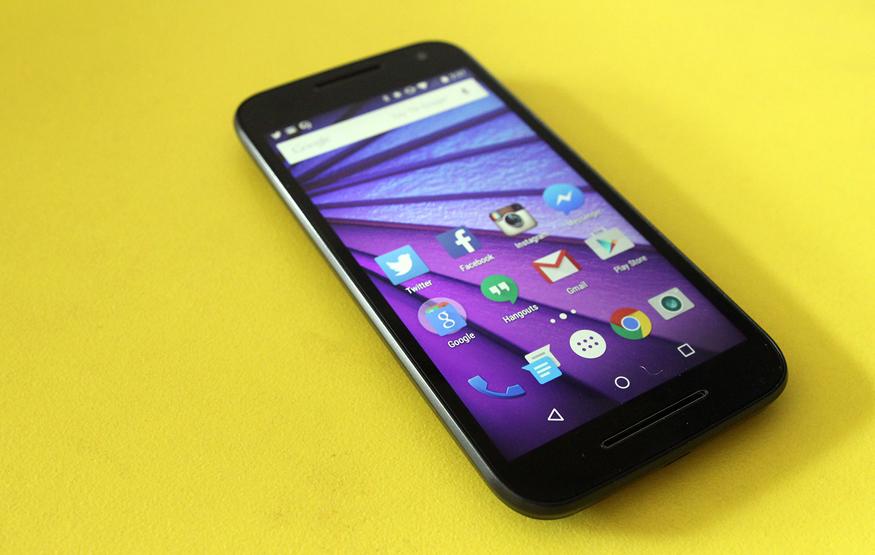 The new Moto G isn't the prettiest device in the world, but it's not a bad looking device by any means. If you're being picky, the Moto G is a touch thicker and has bigger bezels than you'd expect, especially for a smartphone released at the tail-end of 2015. Despite this, it feels incredibly solid, is comfortable to hold, and packs dual front facing speakers. In terms of build quality, I'd say the Moto G is on par with much pricier phones. You're not going have issues with squishy buttons or a creaky rear cover.

To top it off, the new Moto G is rated IPX7 for water resistance, meaning it can withstand incidental exposure to water as deep as one metres for up to 30 minutes. Water resistance isn't a must have for me, but its great if you've got kids with a penchant for destroying electronics.

The Moto G's 5-inch 720p display works well for the most part. It's bright, has reasonably wide viewing angles, and is more than sharp enough. Stretching 720p to 5-inch does however mean you will notice some pixilation if you're looking for it, but it's a small issue when you consider the price point. When cranked to its maximum brightness, the display is reasonably legible in direct sunlight.