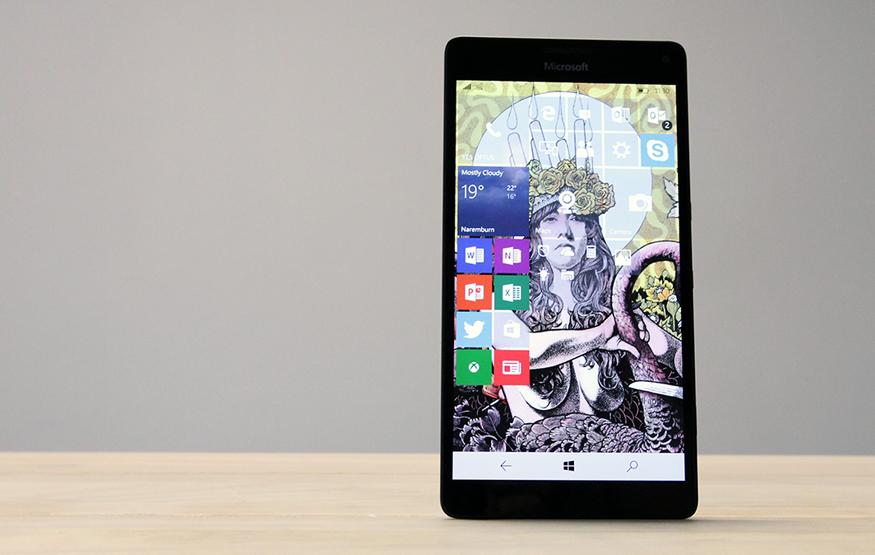 Microsoft's two Windows 10 Mobile flagships – the Lumia 950 and Lumia 950 XL – are cut from a very similar mould; the key difference is screen-size. The Lumia 950 measures in at 5.2-inches, while the Lumia 950 XL I got hold of is a much larger 5.7. Despite the two distinct displays, both run at Quad HD resolutions, which is more than pixel dense enough at either size. While the Lumia 950 XL's display is gorgeous, it doesn't run as bright as the screens found in competitors like the iPhone 6s or Samsung Galaxy Note 5. When you're indoors, this isn't an issue. Outside, it can mean the screen is almost unreadable in bright sunlight. Using Windows 10 Mobile's "dark" colour scheme can help with this, but you're out of luck if you prefer the "light" option.

Past Lumia smartphones have been renown for unique, playful designs often making use of bright, bold colours, but Microsoft has taken a far more conservative approach with the Lumia 950 XL. Neon orange, bright blue, lemon yellow, and acid green have all been axed from the Lumia's colour inventory, leaving you with a choice of black or white.

The Lumia 950 XL's build is almost entirely plastic, abandoning the aluminium edging found on the Lumia 830 and Lumia 930. While I wouldn't say Microsoft's new flagship feels cheap, it doesn't evoke the same premium feel you get with an iPhone or Note 5. Glass and aluminium aren't a smartphone's most important features, but the Lumia's 950 XL's pragmatic design contrasts heavily with 2015's top tier smartphones. All in all, it's inoffensive.

Notably, the Lumia 950 XL is one of the few remaining flagships to boast a removable back cover, allowing you to both swap out the battery and expand the phone's 32GB of internal storage.