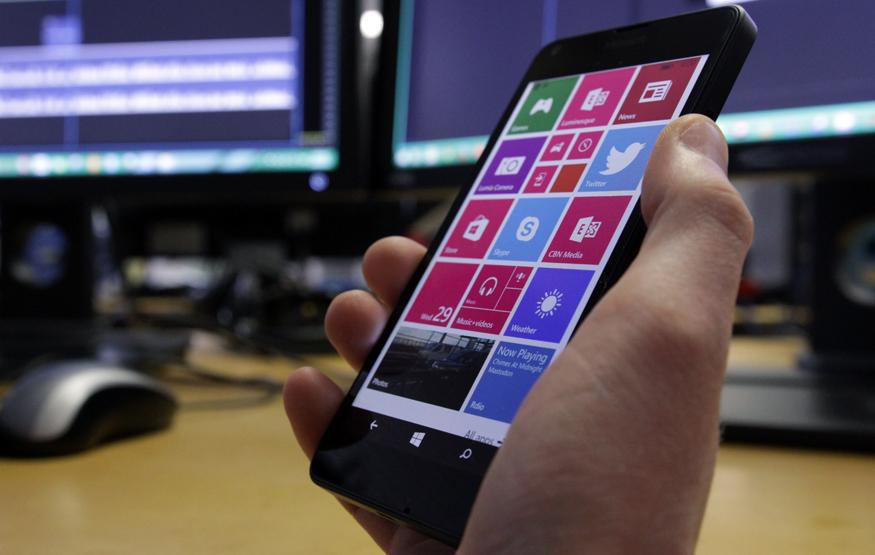 Design
The vast majority of budget smartphones feature subpar, low resolution screens; fortunately, the Lumia 640 isn't one of these. Microsoft has kitted its new handset out with a more than adequate 5-inch 720p display with surprisingly good viewing angles. While 720p might seem a little 2013 when you consider that smartphones like the Samsung Galaxy S6 are packing Quad HD is a very similar form-factor, the pixel density is more than adequate.

Microsoft has adorned the Lumia 640 in a replaceable plastic shell. My review unit came in black, but you've also got the choice of orange, cyan and white. The plastic itself feels closer to the quality of a smartphone like the Nexus 5, rather than some of the flimsier devices on the market. That being said, there's a teensy bit of flex in the case due to its interchangeable nature.

In my time with the Lumia 640, I gave it to a few of my less-tech savvy friends to try out. After a few minutes with the device, I asked them to guess how much it cost; most answered AUD$500 – easily a testament to the phone's build quality.

My one issue with the hardware itself is that it feels like Microsoft could have used physical buttons instead of software buttons to save some screen real-estate and make the bottom feel a little less empty.

One notable omission is there's no support for 5GHz wireless, but this won't be an issue until routers stop supporting the 2.4GHz standard – which likely won't be for many, many years.

The Lumia 640 takes a microSIM and is 4G enabled.