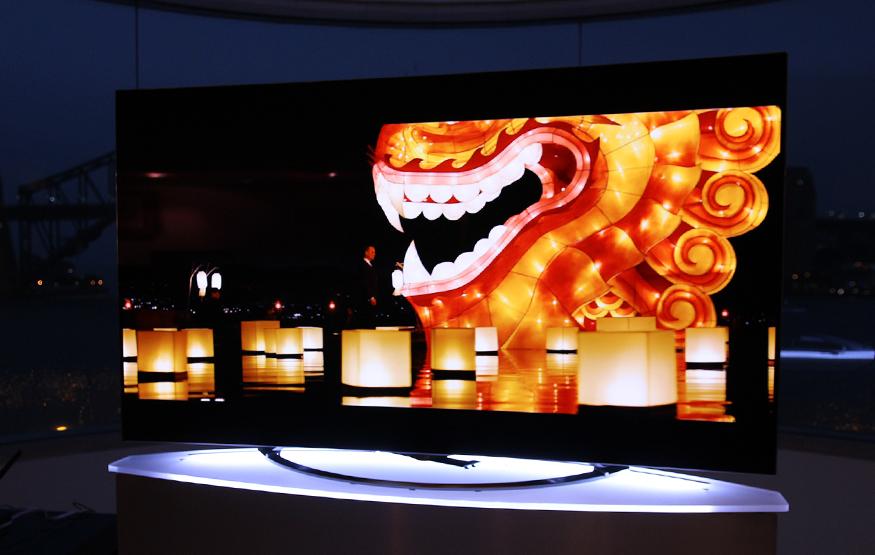 The 65EC970T is LG's foray into combining OLED technology with 4K resolution in a single television. It's one of the first of its kind, and the first TV with both technologies to launch in Australia.

Unfortunately, this means it costs a pretty penny, but if you happen to have a spare $10,000 lying around, the 65EC970T could just be worth it.

Design
The 65EC970T is incredibly thin TV set, with incredibly thin bezels. At night, the 65EC970T genuinely looks like just a screen; the bezels almost completely fade away. LG have removed the transparent speaker base used it in its first OLED TV, the 55EA9800, giving the 65EC970T an even smaller footprint.

The 65EC970T has a subtle curve, a really subtle curve. When you're sitting a few metres away, it's almost not noticeable, unless you're watching a letterboxed movie. Personally I don't think the curve overly changes the viewing experience, but it certainly gives the TV a little bit of extra pizazz.

As with LG's other recent TVs, the 65EC970T runs WebOS. WebOS is one of the cleanest takes on a TV operating system I've used, and works remarkably well. It's straight-forward and easy to navigate, and I'm a big fan of the clean, flat aesthetic. I found a bit of delay when navigating through option menus, but it wasn't long enough to become annoying.

The TV also comes with LG's Wiimote like Magic Wand remote. It can be a little awkward to use, but does a good job for the most part. The further you get from the set, the harder it is to use, but if it becomes too finicky, you can also use it as a more traditional remote too.

With four HDMI inputs, the 65EC970T is equipped to handle a sizeable amount of devices. Personally, I'd love a couple of more to juggle my stupid amount of appliances, but this is more than adequate for most people.

Previous Post Phablet Face Off: iPhone 6 Plus vs Galaxy Note 4 vs Galaxy Note Edge
Next Post Nexus 6, Nexus 9 and Android L release could be announced tomorrow