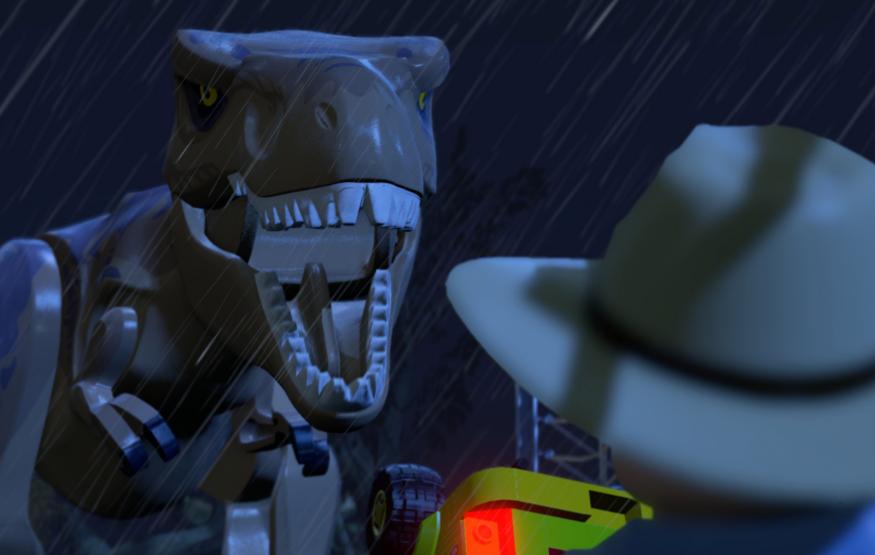 Just about every character from the Jurassic Park series is playable, including both minor and major characters. Players can also take control of certain dinosaurs, such as the Velociraptor, Stegosaurus, Compsognathus, and even the Tyrannosaurus Rex. Each character (and dinosaur) has different abilities which, in free play mode, will allow players to complete puzzles that may not have been solvable with the characters available in the story mode.

Lego Jurassic World's setting is authentic to the films; a lot of cutscenes are pretty much shot-for-shot with their source material. While I don't necessarily agree with the decision to give Lego characters voices, their spoken lines are true to the movies – in a lot of cases, the dialogue is actually ripped directly from the movies, including background noise. When juxtaposed with the light hearted Lego visuals, the dialogue can sometimes be a little off-putting.

Cooperative gameplay is the same as in previous Lego games – a second player can jump in at any time during story or free play, and the dynamic split screen mode works pretty well. I definitely prefer playing these games in co-op if I have the option, as it makes puzzle solving both easier and more fun; with a second player, you don't have to worry about switching characters to solve puzzles.