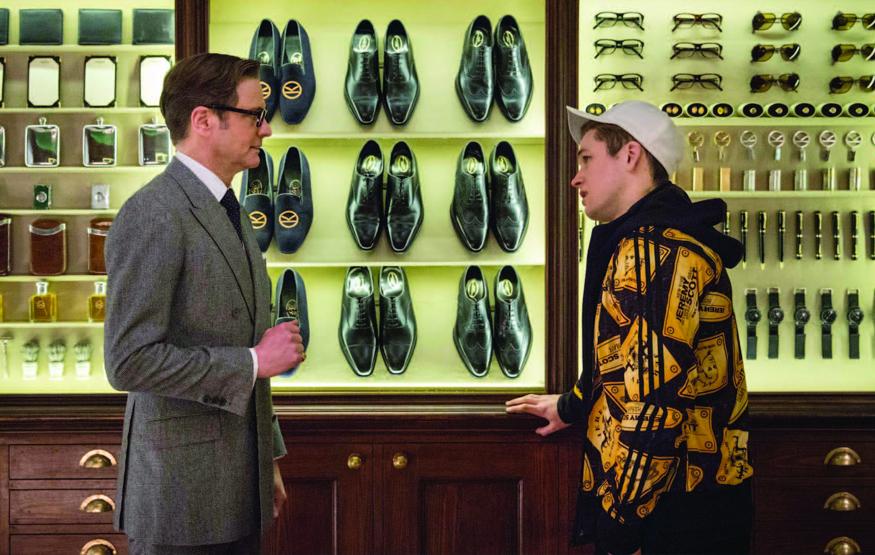 As with Kick-Ass and Layer Cake, Vaughn doesn't shy away from gore and violence; Kingsman opens with a man literally being cut in half. Despite its somewhat crass and brutal nature, Kingsman never stops being fun and is bolstered by the excellent chemistry between Firth and Egerton, Jackson's quirky megalomania and some stunning action sequences. Kingsman never quite achieves Michael Bay-esque levels of excess but every action scene – whether a fight, or an intense skydiving mission – is exciting, and more importantly, comprehensible.

Kingsman's slick ultraviolence is balanced out by more than a few laugh-out-loud moments dispersed throughout the film. Again, as with Kick-Ass, there's enough humour to genuinely call the flick an action-comedy – well, maybe an action-black-comedy. There's a little bit of social commentary about the class system spread across the two hour runtime, but I found the over-the-top action and wry humour mostly overshadowed it. But what Kingsman lacks in depth it certainly makes up for in charm. It's awfully campy at times (in the best way possible), but there's enough emotional resonance that you'll actually care about the outcome of its zany doomsday plot.

If you liked Kick-Ass, you'll love Kingsman. It's not profound, but it's far from mindless. Kingsman oozes with the kind of charm most modern spy movies lack, and is a bloody enjoyable way to spend two hours. It's also likely to leave the sartorially inclined with a serious case of suit envy.