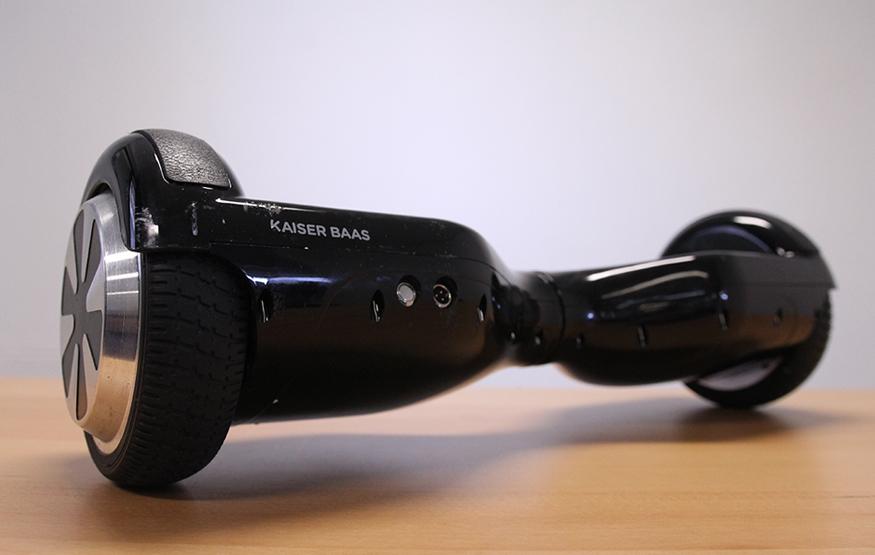 Whether you want to call them hoverboards, gliders, or self-balancing scooters, they've started to pop up everywhere. The two-wheeled gadget might not be the hoverboard Back to the Future promised us, but it's become one of 2015's most talked about pieces of tech.

While the vast majority of these scooters are cut from a similar mould (and possibly come from the same factory), Kaiser Baas' Revo Glider is one of the very few to see retail availability in Australia. It's also the most fun I've had with a gadget all year.

The idea behind hoverboards is simple: jump on, don't freak out, then lean to go. A gentle lean forward moves you forward, leaning further forward speeds you up. The same works for reversing. Adjusting your centre of gravity lets you turn left and right. One you get it, driving the Revo Glider is almost second nature, much like riding a bike.

If you haven't seen a self-balancing scooter before, they kind of look like miniature boat paddles. There's one wheel on either side, with foot rests on top. You've got two lights on the back, which act as make shift indicators, and a power button and power input on the front.

The first time I tried a hoverboard – while at CES in Las Vegas – I just couldn’t get the hang of it. Admittedly, a crowded showroom floor isn't the best place for an uncoordinated tech journalist to get the hang of a new form of personal transport. When I cracked open the Revo Glider in the office, I got the basics within minutes. It felt natural by the end of the day.

Charlie described the sensation a bit like skiing – you need to bend your knees just a touch and lean forward. Stepping on and off can be a little bit tricky, but once you're on and balanced, you really feel like you're gliding.

The Revo Glider works best on even surfaces. I took it down the street and found a tiled sidewalks can be enough to unbalanced you, depending on how sizeable the gaps. There were a few times were I almost stacked it (I made sure I didn't have any other gadgets on me at the time). Travelling slowly helps mitigate some bumpiness, but you certainly need to be a little more cautious when using the Revo Glider outdoors. Hills are a little bit tricky, but not insurmountable. The Revo Glider is certainly powerful enough to go up gentle inclines (up to 15 degrees, according to the spec sheet), but you have to lean further forward than feels natural.

Using the Revo Glider outdoors will very quickly adorn the gadget with all sorts of scuffs and scratches. Our unit picked up wear and tear surprisingly fast, but this hasn't affected performance.

You'll get up to 20km of range per charge, but your weight, the terrain you're driving on, and your speed will all affect your maximum distance. Charging the Revo Glider from flat to full should take about three hours. Kaiser Baas says you shouldn't charge for more than three hours though, or you'll risk over-charging the battery, and as a result, decrease it's range. The fact there's no internal mechanism to prevent this is a bit of an oversight.

Retailing for AUD$799, I see Kaiser Baas' Revo Glider as an expensive toy. The device itself isn't meant for commuting, and your state's laws may even prevent you from riding it in public. But even if your state’s legislation means you're only able to use it on private property, the Revo Gilder is still a joy to ride. It's a novelty, but it's a very fun novelty.