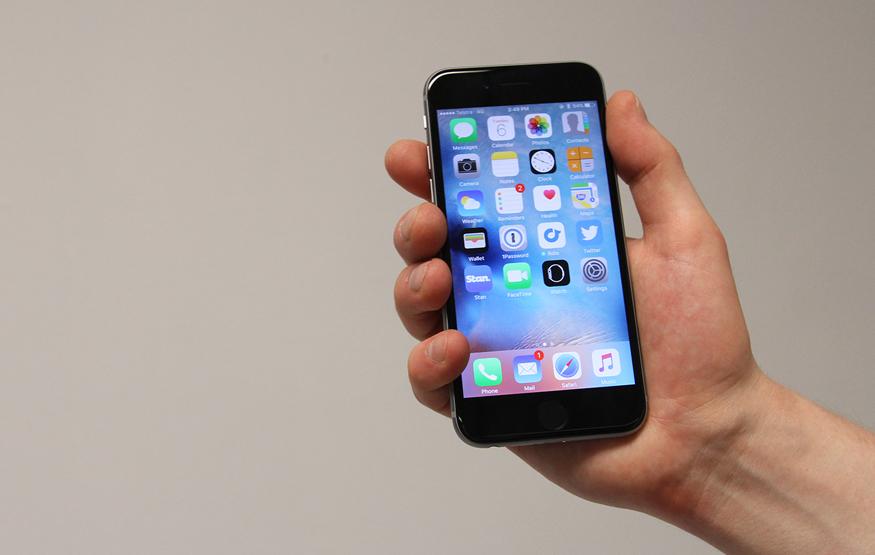 Camera
The iPhone 6s' rear camera now features a 12MP sensor, allowing it to take more detailed photos. While the difference between a photo taken on the iPhone 6 and the iPhone 6s isn't necessarily noticeable on the iPhone's screen, zooming in or viewing the photo on a computer makes the upgrade a lot more apparent.

When compared to the LG G4 and Samsung's latest flagships, it's very hard to choose a clear winner, but all three offer top tier cameras.

While the jump to a 12MP rear-facing camera provides a reasonable bump in detail, the iPhone 6s' new 5MP front-facing shooter is arguably much bigger step forward for Apple. Selfies look sharper, and people who regularly use FaceTime or Skype for video chat on their phones will certainly appreciate the bump in clarity. Selfie fiends will also enjoy the iPhone 6s' ability to light up the screen as a flash. While flash photography can easily ruin a shot, Apple has managed to make the "Retina Flash" look surprisingly natural.

Apple's also given users the ability to shoot 4K video with the iPhone 6s, and introduced a new feature called Live Photos. Live Photos included a few seconds of video with any image you capture, and come to life with a 3D Touch. They're kind of amusing, but I mostly see them as a gimmick.

Final Thoughts
The iPhone 6s is a great phone, and a much bigger step forward than your typical "s" model. With it, Apple has addressed the vast majority of niggling problems I had with the iPhone 6 while still adding a few meaningful improvements. 2GB of RAM, 3D Touch, new cameras, and a new alloy are all significant upgrades.

Despite all these steps forward, the iPhone 6s is held back by one problem: battery. While most people will make it through the day with charge to spare, there'll be times where power users need to top up throughout the day. I found there were days where I actively avoided using the iPhone 6s to its full potential because I didn't have anywhere to recharge, and I needed it to stay alive until I got home.

If you hammer your phone on a daily basis, you'll almost certainly need to keep a charger in your bag if the iPhone 6s is your handset of choice. Otherwise, you're better off looking at the iPhone 6s Plus if you want to stick with iOS.

While the iPhone 6s is a good buy, it's not necessarily a must have. If you're thinking about moving from an iPhone 6, it's probably better to wait until the iPhone 7 unless you've got over AUD$1,000 burning a hole in your pocket. If you're still on an iPhone 5 or iPhone 5s, I'd say now is the time to upgrade if you're happy staying in Apple's ecosystem.

If you don't want to stay in Apple's garden, 2015 has been a fantastic year for Android smartphones, and many of the flagships from manufacturers such as Samsung and LG are utilising cameras that are on par than the ones found in an iPhone. Midrange Android smartphones such as the Moto X Play and the OPPO R7 have made leaps and bounds over what would previously be considered an "affordable phone". Of course, choosing an Apple smartphone does give you the benefit of instant software updates, and a longer support timeline. Devices as old as the iPhone 4s received the upgrade to iOS 9.

If you're sold on iOS and don't need the extended battery life of the Plus, the iPhone 6s won't disappoint.