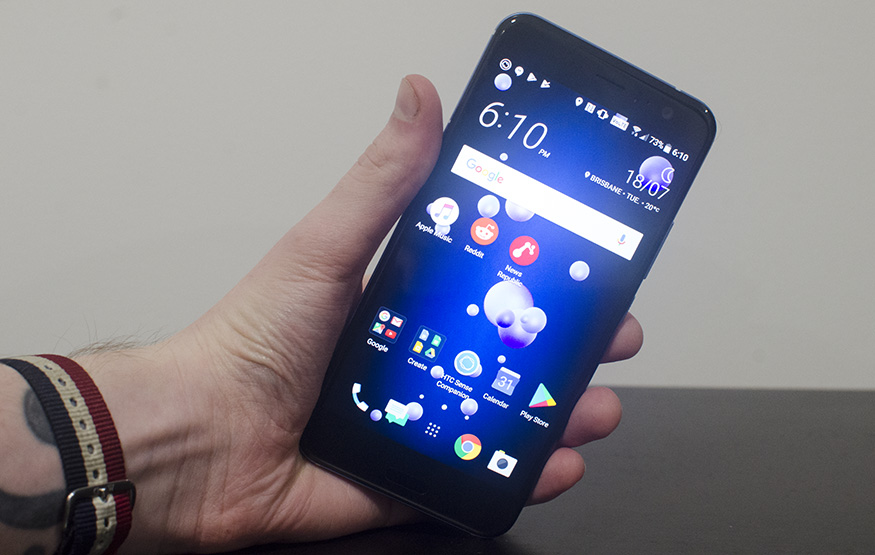 Day-to-day use is a breeze with the U11 – it’s fast enough to keep up with just about anything you would want to use it for. Apps requiring 3D acceleration perform well, and the battery lasts through even the longest sessions of Hearthstone. HTC’s Android overlay isn’t too obtuse; while there’s a few changes, it’s inoffensive for the most part – there’s a few system notifications that show up too often for my liking, but the icons are attracting and the menus are easy to use.

HTC chose to jump on the no-headphone-jack bandwagon and it’s a tough pill for me to swallow. I like using higher end headphones than those provided with the phone, and while the U11 does come with an adapter, things would be so much simpler with the humble 3.5mm plug. After all, simply remembering the peripheral could be the difference between you being able to drop your latest mixtape at the party or not.

The camera on the U11 is easily one of the best I’ve used on a smartphone to date – it’s able to pick up light in scenes that would stump other phones, and even some fully fledged compact cameras. Full-size crops can come out a little grainy, but the upside is detailed highlights in images that would be much darker if taken with another camera. The singular downside to night photography with the U11 is that any light source can easily mar the image; on a full moon night it can look like you’ve shot a photo directly into the sun. In well-lit situations the camera performs extremely well, providing high detail and crisp edges, although ever so slightly off-colour.