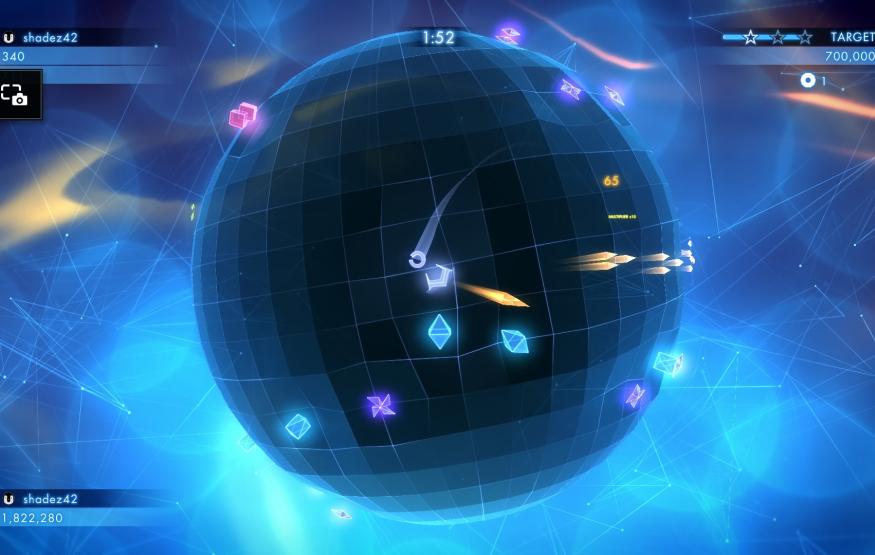 Geometry Wars 3: Dimensions is punishingly hard, but I can't stop playing it.

After I received my review code for Geometry Wars 3, I feel like I lost four hours in five minutes. I downloaded the game at 6pm or so, then next time I looked up, it was after 10. I swear there's no way I was playing that long…

For those who haven't played any of the series' past instalments, Geometry Wars is a frantic twin stick shooter. It's not quite as overwhelming as some bullet hell style games, but you'll often be up against a ridiculous number of enemies at any one time. The game's enemies take the form of different geometric shapes, each with their own unique movement patterns, meaning quick thinking and fast reflexes are a must at all times

One of Geometry Wars' twists is that each downed enemy leaves behind green gems called "geoms". Collecting geoms raises your score multiplier, making it impossible to make the leaderboards, or even finish levels without them. Conversely, scooping up geoms also involves delving deeper into the fray, making it easier for enemy shapes to run into you. It's this balance between risk and reward that makes Geometry Wars so addictive. If you die, you know it’s your own damn fault and you can't help but try again.

As with titles like Dark Souls II, Geometry Wars 3 never seems unfair. I've come to close to throwing the controller of the balcony at times, but it's because I've been frustrated with myself, rather than the game.