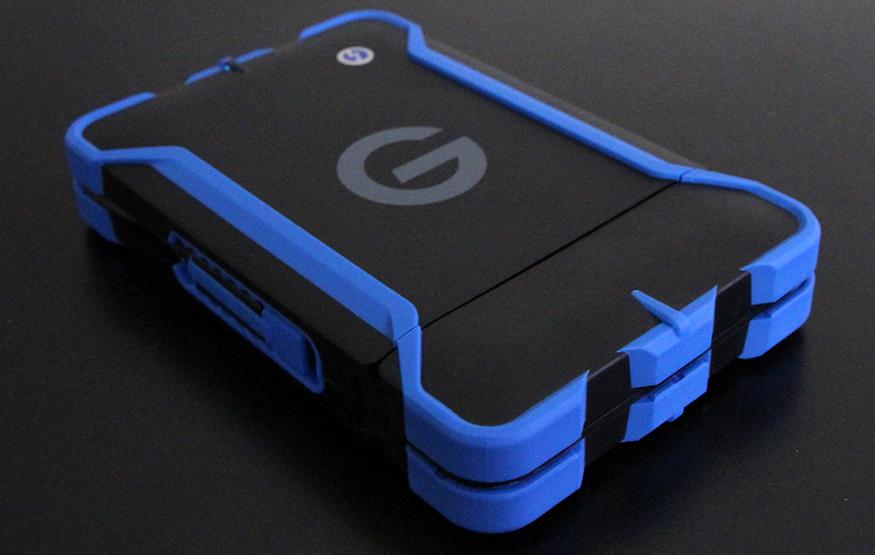 I never thought I'd have a need for a rugged external HDD, but after getting my hands on a review unit of G-Technology's G-Drive ev ATC, I decided to take a look at some of the disks we've got laying around the office. Three of our portable HDDs had reasonable dents in them – and they're less than a year old. Our videographer is starting to get concerned.

The CyberShack TV show sees us travelling a lot to film episodes. It's not often very far, but we rely on our external HDDs to store a sizeable amount of large files. If one of these broke, it could easily cost us a day of work.

As you might expect, the G-Drive ev ATC is quite a bulky a product; despite utilising a 2.5-inch HDD, the drive enclosure looks like it could contain a much bigger disk.

The G-Drive ev ATC chassis has a Thunderbolt cable built straight into it; a small silicon cap covers the connector, and the lead itself can be stowed away in a cavity of the drive's side.