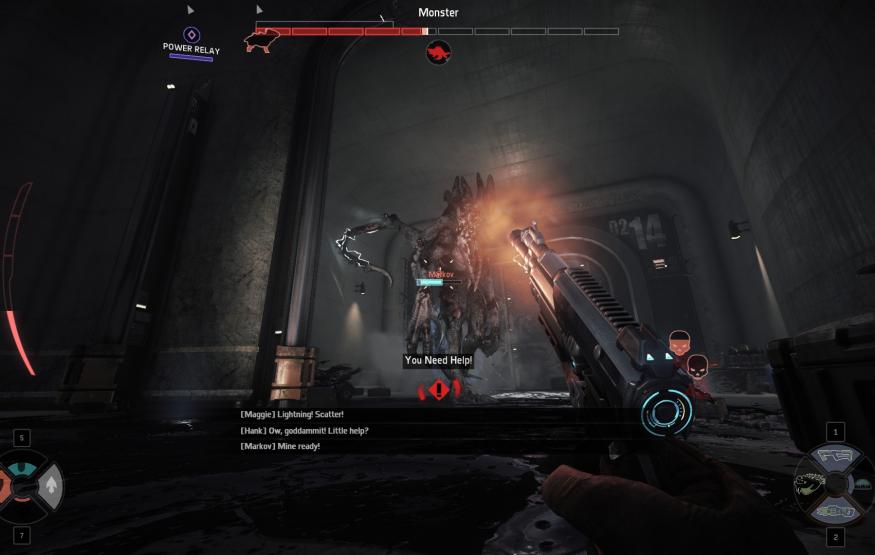 This asymmetrical aspect means Evolve needs a lot more teamwork than most. If you're playing as a Hunter and not talking to your team, you're going to die. When hunting the Monster, a lot of emphasis is placed on trying to pick the right time to atack and really working together with your fellow hunters to get as much damage done as possible. Even if you're all shooting away at once, it’s likely that multiple firefights will be needed to bring the Monster down – they're tough as nails and will squish you like an ant if you're not careful.

Conversely, you really feel like the big bad guy when playing the Monster. Aside from having sheer force at your disposal, you've also got stealth and the ability to quickly raise the damage of your attacks through completing various objectives.

Importantly, it's easy to have fun whether you're playing as a Hunter or a Monster. I never found myself wishing I was on the other team.