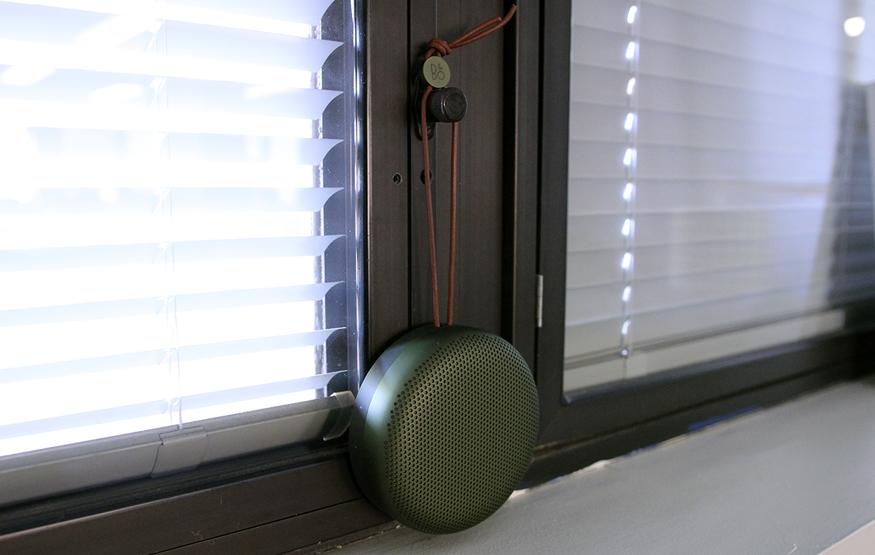 Danish electronics manufacturer Bang & Olufsen is best known for luxury devices and high-end audio, but in recent times, the company has rapidly expanded its focus on the more consumery end of the spectrum. While Bang & Olufsen might not be going toe-to-toe with the likes of Sony or Ultimate Ears (in terms of mass market pricing), getting a taste of Danish luxury is now more affordable than ever. No product represents this better than the Beoplay A1, a AUD$379 Bluetooth speaker that's quite possibly the slickest option on the market.

In terms of design, the Beoplay A1 isn't exactly your conventional speaker; it looks more like a fire alarm than something you'd use to play music through. Quite frankly, I think it looks gorgeous. The palm-sized device is made from a mix of perforated anodised aluminium and rubberised polymer, and comes pre-adorned with a simple leather strap, just in case you want to hang it from a handle or your bag. While the A1 has a partially metal build, it weighs in at just 600g. That's barely heavier than the UE Boom 2, and about 400g lighter than Sony's SRS-XB3. Notably, Bang & Olufsen says the A1 is made to take a beating, but I'd be a bit devastated if mine got scuffed.

All of the A1's buttons and inputs sit flush with the shell. Not only does this help with the clean look Bang & Olufsen is going for, it should stop the speaker from turning itself on while it's rolling around in your bag. The A1 uses a USB Type-C connector for charging, and has a 3.5mm input for legacy devices. When paired with a smartphone, the A1 can also be used for phone calls thanks to an internal microphone.