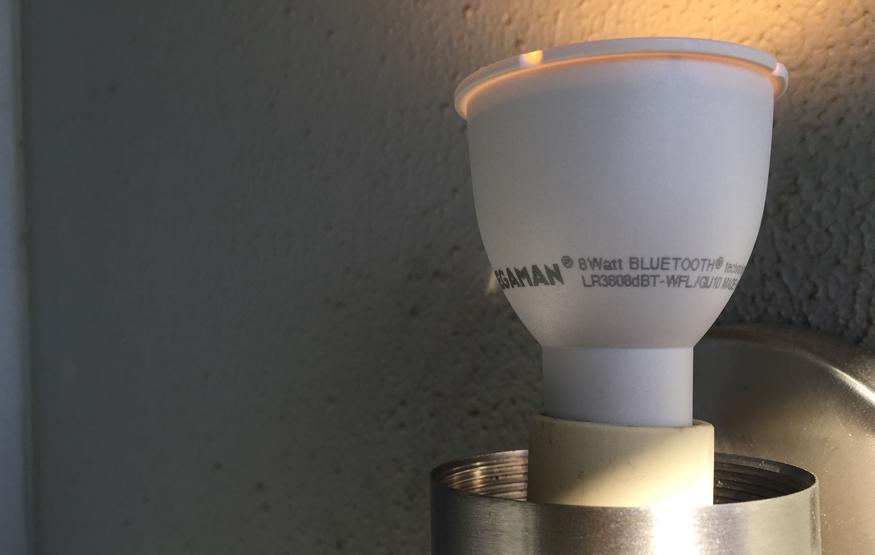 At times, the "Internet of Things" feels like a race to see who can add wireless connectivity to otherwise "dumb" household appliances first. As we begin to see more and more Wi-Fi enabled appliances, we've seen gadget builders dive deep into the territory of more traditional manufacturers – and they're beginning to give them a run for their money.

But some "traditional" companies have shown they aren't afraid of the future, and embracing the Internet of Things themselves. Longstanding light bulb manufacturer Megaman isn't about to be trampled by the likes of LIFX and Belkin, and has launched its own line of Bluetooth-enabled smart bulbs.

Megaman's line of Ingenium Blu smart bulbs are available in a few different styles; I was provided with a downlight style "LED Reflector" to review, but a "Classic LED" edison screw option and an "integrated LED" downlight are also available.

Unsurprisingly, the Ingenium Blu downlight was slightly larger than the light I replaced, but this wasn't a problem; I was able to install it in my fixture without issue.

When it comes to connected lighting, Megaman's Ingenium Blu bulbs have had the easiest setup process of any smart bulb I've used; it's literally a case of screwing the bulb in and opening up the app (which is available for iOS and Android).  The app itself can theoretical control up to 64 lights, spread across eight groups.